Mumford & Sons have released three studio albums Sigh No More, Babel and Wilder Mind. Sigh No More peaked at number two on the UK Albums Chart and the Billboard 200 in the US, with Babel and Wilder Mind both debuting at number one in the UK and US, the former becoming the fastest-selling rock album of the decade and leading to a headline performance at Glastonbury Festival in 2013. 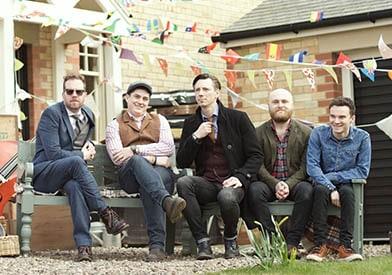 Champions Music & Entertainment can supply your event with the finest tribute acts and Mumford & Sons are no exception. These tribute bands are ideal for your wedding entertainment through to corporate events and private parties. Have your audience rubbing their eyes in disbelief wondering if the real Marcus Mumford is standing before them.

Contact Champions Music & Entertainment to enquire about hiring Mumford & Sons tribute acts today. Get in touch by calling us on 0203 7934 042 or by emailing [email protected] now.