Rob Stewert’s vast experience performing as a Rod Stewart impersonator has seen him rock the stage wherever he goes. Known for his energetic and soulful vocal delivery, Rob has earned himself a reputation as a sought-after tribute act.

Making use of his amazing singing voice and natural knack for performance, Rob Stewert’s live performances are characterised by his stunningly accurate emulation of the original Rod Stewart. Fiercely committed to putting on a show-stopping performance, Rob has treated audiences everywhere to an exhilarating Rod Stewart experience. As such, Rob has enjoyed considerable popularity performing as corporate entertainment and wedding entertainment alike.

Rob’s experience as a singer has seen him incorporate many of Rod Stewart’s most beloved songs into his own set. As such, Rob has been known to perform powerful renditions of Every Beat of My Heart, Farewell, In a Broken Dream, Just My Imagination, Love Train, Rhythm of My Heart, Rainy Night in Georgia, Ruby Tuesday, I Don’t Wanna Talk About It, Have I Told You Lately, Bring It on Home and I Was Only Joking. In addition, Rob’s musical versatility enables him to present his show in a number of different formats, adapting his show to suit your needs. Ranging from the performance of a single song all the way through to a full two-hour set, Rob Stewert’s tribute act is an ideal choice for a wide array of different occasions.

Rod Stewart himself is widely known as one of the best-selling musicians of all time. Over the course of his career, Rod achieved widespread commercial success, selling over one hundred million records worldwide. Earning widespread acclaim for his work with The Jeff Beck Group, Faces and Long John Baldry, it wasn’t long before Rod Stewart embarked on a successful solo career. Following his great success as a performer, Rod soon received a Grammy Award for his pioneering musical work. In addition, he was also inducted into the Rock and Roll Hall of Fame during the mid-1990s.

Always full of surprises, Rob has been known to offer a number of additional sets to his performance. Apart from his unrivalled ability to pay tribute to the great Rod Stewart, Rob has also performed sets centred around the sounds of Motown, disco and northern soul. In doing so, Rob continues to prove himself as one of the most exciting tribute acts in the country today.

"He played the crowd fantastically and feedback was nothing but excellent. Was a great one to have as part of our tribute schedule and hope to have him again next year." - CH (Rosneath, August 2019)

"Performance was great, punctuality was spot on and he was smashing with the crowd. All in all he is a fantastic performer. Hopefully we will have him back next Mothers Day." - LG (Glasgow, March 2018)

If you would like to book Rob Stewert as the Rod Stewart tribute act for your corporate event, wedding or private occasion, please contact the Champions Music and Entertainment agency via agents@championsukplc.com. Alternatively, speak to a member of the management team directly on 0207 078 78 76. 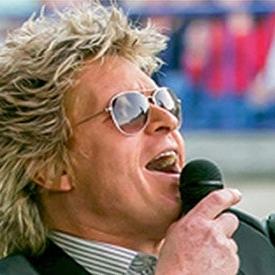 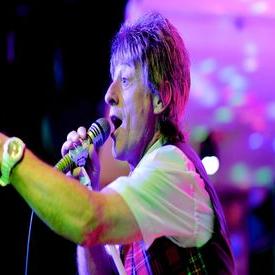 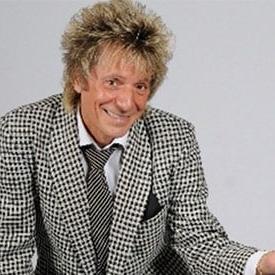