With a vision changing voice and them all time classical hits, Simply Red is one of the ideal tribute acts to perform live at your next event creating an unexperienced atmosphere to be remembered for years to come.

Here at Champions Music and Entertainment, our Simply Red tribute acts pay homage to the original bands' incredible songwriting and acoustics by performing all of their classic hits. The ideal addition to a wedding’s evening entertainment or party, our tributes all have fantastic voices, catching the tone and emotion of Simply Red’s songs to a T. 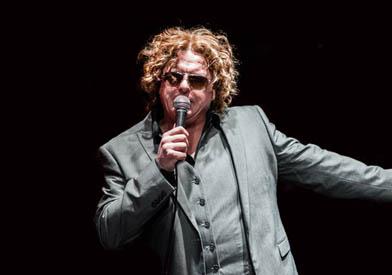 Able to perfectly recreate the classic hits like Holding Back the Years and If You Don't Know Me by Now, the audience won’t be able to resist singing along. From the northern soul sound of Money’s Too Tight through to the sophisticated Motown groove of You Don’t Know Me by Now to 90s pop classics such as Stars, our Simply Red tribute acts have an arsenal of catchy hits to perform.

These bands are not just tribute acts, but talented artists in their own right, able to apply their unique musical ability to Simply Red’s greatest songs. With years of experience, an electric stage presence and musical talent to rival the real thing, our Simply Red Tribute will get your audience singing along to some of the most iconic songs in musical history.

Formed in 1979, Simply Red is a British soul and pop band from the musical capital of Manchester. Since they released their first album, Picture Book in 1985, they have had ten top 10 hits in the UK Singles Chart, and two songs that reached the US Billboard Hot 100.

Additionally, the band has had five albums reach number one in the UK, specifically, their 1991 album, Stars, is one of the best-selling albums in UK chart history. As a testament to their prolific musical career, Simply Red have received two Brit Awards in 1992 and 1993 for Best British Group, three Grammy Award nominations for Best New Artist in 1987 and Best Pop Performance by a Duo or Group With Vocals.

After the band reformed in 2015, they have collectively sold over 55 million records and 1 billion streams worldwide.

Contact Champions Music & Entertainment to enquire about hiring Simply Red tribute acts today. Get in touch by calling us on 0203 7934 042 or by emailing [email protected] now.