The Black Eyed PeaZ are one of the leading British Black-Eyed Peas tributes. This experienced and exciting group bring with them a show that will send guests delirious.

The Black Eyed Peaz passion and stage presence bring together a textbook event, full of flair and first-rate vocals.

Formed in 2009, Charlotte Marsden as Fergie, Exley Edwards as Will.I.Am, Rhys Jones as Apl.de.ap and Tim Reid as Taboo, this Black Eyed Peas tribute have become an authentic and fun homage to the hip-hop supergroup and have gone on to perform globally in front of capacity crowds.

The Black Eyed PeaZ have performed at many festivals with a live band and team of dancers just like the original foursome and have recently completed a world tour that saw them perform as far out as China.

The music backing has been produced professionally. The original studio instrumentals of The Black-Eyed Peas tracks are used to give the show an authentic feel and the music is mixed into an exciting live show format.

The Weston-Super-Mare based group introduce every hit released by The Black-Eyed Peas since 2003 into a non-stop show packed with a rich diversity of dance, R&B and hip-hop.

As a mark of their quality and professionalism, The Black Eyed PeaZ are among the great tribute bands for hire and have worked with many artists including The Wanted, Labrinth, McFly, Liberty X, Boney M, Jason Donovan, Shayne Ward, Ben Mills, the Honeyz and many more.

The original The Black-Eyed Peas first major hit, Where is the Love topped the charts in thirteen countries and songs such as I Gotta Feeling, Let’s get it Started, Pump it, Shut up, My Humps and Boom Boom Pow went on to become best-selling singles.

It is an impressive set to choose from and The Black Eyed PeaZ can deliver as a tribute act, the same passion and energy that brought the original hip-hop heroes into mainstream pop. They make any stage their own so, let’s get it started.

This non-stop show is guaranteed to fill your dance floor, and your guests will be raving about the performance for weeks. With hits that are sure to stick in the head and an ability to seize a wide audience, this show is perfect for satisfying a range of people.

Back to 'The Black Eyed Peas'

Book the best in Black Eyed Peas tributes, The Black Eyed PeaZ as your party entertainment for corporate events and private functions, simply contact the Champions Music and Entertainment agency via agents@championsukplc.com or speak to a member of the management team directly on 0207 078 78 76. 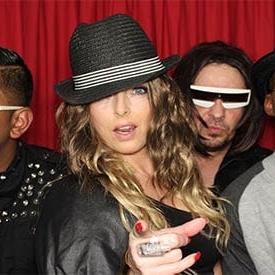 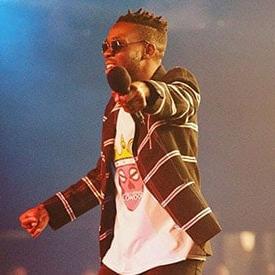