The Human League are an electropop, synth-pop and new pop band, established in the 1970s. Take a look at the fabulous Human League tribute acts that we have on offer, who perfectly mirror the talent of the band and are guaranteed to deliver a stunning performance every time!

The band kickstarted their road to fame after they signed with Virgin Records in 1979. The release of their third album Dare saw the band claim a large amount of commercial success which propelled them into the spotlight of British music. Such a successful album also saw the band claim a Brit Award for the Best British Breakthrough Act 1982. 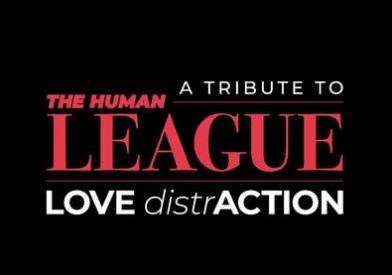 Their success has since continued and they remain a prominent band with many devoted fans.

The band continue to leave a lasting impression on the music industry to this day, with a number of talented individuals devoting their time to creating incredibly realistic tributes to the band. Here at Champions Music and Entertainment agency, we are proud to present a number of astounding tribute acts who deliver the most impeccable performances.

The Human League tribute acts here at Champions Music and Entertainment agency perfectly imitate the talent of the original band. Able to perform a number of the bands hits such as Don't You Want Me, Mirror Man, Human, Tell Me When and (Keep Feeling) Fascination our tribute acts will leave audiences questioning whether they have just witnessed the real band live on stage. Guaranteed to be a hit with any audience, make sure that a tribute act from Champions Music and Entertainment agency is performing at your next event!

Contact Champions Music & Entertainment to enquire about hiring Human League tribute acts today. Get in touch by calling us on 0203 7934 042 or by emailing [email protected] now.