Are you on the hunt for The Police tribute acts? Here at Champions Music and Entertainment we have a selection of incredible tribute acts who replicate the very essence of the new wave rock band The Police.

The Police were a new wave rock band established back in the 1970s, consisting of Sting, Andy Summers and Stewart Copeland. With influences of punk, reggae and jazz the band quickly rose in popularity, and continue to hold a  significant place in the hearts of the public to this day. Best known for songs such as Message In A Bottle, Don't Stand So Close To Me, Every Little Thing She Does Is Magic and Every Breath You Take the band have achieved the status of one of the world's best selling artists of all time. 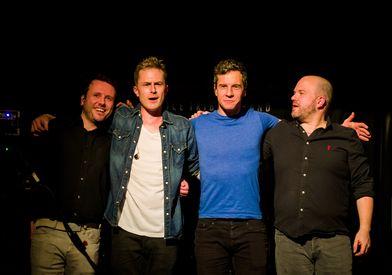 With six Grammy Awards, two Brit Awards and an MTV Music Video award it is without surprise that the band have been inducted into the Rock and Roll Hall of Fame and recognised as one of the 100 Greatest Artists of All Time.

Here at Champions Music and Entertainment, we pride ourselves on providing top-quality entertainment for a whole range of events. Our tribute acts all boast incredible vocal talent and are able to perfectly replicate the sound of the original artist. Guaranteed to be a crowd-pleaser, make sure that one of our tribute acts are the choice of entertainment at your next event!

Contact Champions Music & Entertainment to enquire about hiring The Police tribute acts today. Get in touch by calling us on 0203 793 4042 or by emailing [email protected] now.