With their distinctive mix of reggae and pop, UB40 enjoyed great success with over 50 singles appearing in the UK charts and international recognition coming their way. Due to their worldwide fame, it is no surprise that UB40 have inspired countless tribute acts.

With their iconic mix of reggae and pop, UB40 have inspired countless tribute acts that regularly take to the stage, honouring such tracks as Red Red Wine. During their three decades long career, UB40 has revolutionised the pop/reggae genre, bringing it into the mainstream music industry and sparking a community of dedicated tribute acts. 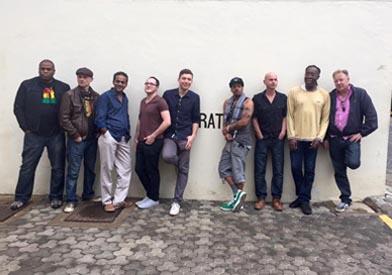 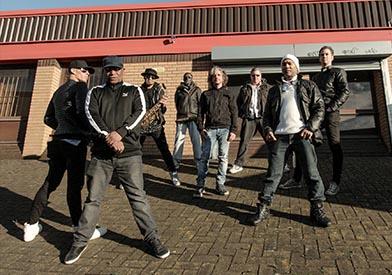 (Video act: Rats In The Kitchen)

Our tribute acts reignite the presence that UB40 brought to the stage. Our award-winning acts have the musical talent, passion and dedication to produce a show-stopping performance, perfect for any event. Our UB40 tribute acts have the musical talent to sell out venues in their own right, combined with their stylistic rendition of UB40’s music they constantly put on an electrifying event. Each boasting a live band playing a host of instruments including guitars, trombones, saxophones, flugelhorn, keyboards, drums, bass, EWI, and trumpets, an event becomes a spectacle of raw musical talent and incredible vocals.

With an endless list of songs to choose from, our UB40 tribute acts can adapt to fit any event. No matter the venue size or audience capacity, whether it is a corporate event or a wedding, we are confident that our tribute acts can bring the musical talent and exceptional entertainment value your event deserves.

Born and bred in Birmingham, 1978, UB40 are a reggae/pop band who shot to fame after releasing their hit single Red Red Wine, which became a Billboard Hot 100 number one. Alongside Madness, UB40 holds the record for most weeks spent in the UK singles chart by a group during the 1980s, holding the title for an impressive 214 weeks. UB40 shaped the landscape of music forever since their groundbreaking albums Labour of Love (1983) and Promises and Lies (1993) were released. Over the course of their career, they have had more than 50 songs in the UK Singles Chart and sold over 70 million records worldwide.

Contact Champions Music & Entertainment to enquire about hiring UB40 tribute acts today. Get in touch by calling us on 0203 7934 042 or by emailing [email protected] now.