Knoxville Highway is a masterful country band who have wowed audiences at all private, corporate and public events and continue to do so with incredible energy.

Knoxville Highway is a legendary country band based in Birmingham with a wide repertoire of country classics ideal for singing and dancing. This live band are a must for line dances, Western-themed events, birthday parties and corporate events. Their years of success and musical prowess have set them apart as masters of their craft.

This real deal band bring stunning live music to a range of events and are masters of their craft. Bob Gessey leads the band on vocals, guitar and the five-string banjo. Bob is an award-winning singer and songwriter who has graced the airwaves on local and BBC radio. His talent is matched by his mastery of fingerstyle acoustic guitar and allows him to sing and play with ease. Bob is also a natural frontman and his laidback style and sense of humour enamour him to any crowd.

Alan Garwood plays the guitar and mandolin with an almost clinical cleanliness. Time-perfect sweeps up and down the fretboard make him quintessential to the band and a master at playing country music from across the century.

Stuart Neal brings variety to the band and the multi-instrumentalist has mastered playing the guitar in several formats. From pedal steel guitar to the dobro, Stuart is capable of speeding along with upbeat numbers and bringing emotion to slower, soulful numbers.

Alan Nicholls rounds out the band behind the drums. His years of experience and a wide range of playing styles make him the bedrock of the band, capable of keeping time with anybody.

Together, this talented bunch of musicians perform hits by the likes of Tracy Byrd, Johnny Cash, Jim Reeves, The Eagles, Randy Travis, Kenny Rogers, Willie Nelson, Alison Krauss and many more. On top of this, Knoxville Highway adds a few of their own numbers to the mix to create a totally unique experience.

This country band have proved successful as corporate entertainment and have appeared at venues across the country. Their ability to fill a dancefloor is unmatched and has won them thousands of fans. The Bloxwich Theatre summed up Knoxville Highway’s effect best when a representative from them said:

"And it says a lot about these guys that they filled the house with our first capacity crowd since opening after the 2009-2010 refurbishment."

"Knoxville Highway we loved you! Incredible diversity a song for everyone and every age group. They had the ability to spine tingle, heart swoon & the mind spark like the first time you heard Country. Dressed up in cowboy gear with boots,buckles and hats. Such a fun whip cracking night. Look forward to seeing you again Thank you!"  - Peter Goddard, The Railway Tavern

"Had the band at our club last week and had a brilliant night. Not the first time they've been to the Lazy R's and are better than ever. Four very talented musicians with a wide ranging repertoire of tracks some of which are their own material. Thoroughly recommend them to any club that wants to have an entertaining act, on top of that they are real friendly guys and are happy to interact with their audience and mix in the breaks. Great band full stop." -  Tim Carman, Lazy 'R's Country Music Club

"Great show last night in Solihull. We thoroughly enjoyed the evening - amazed that a local band can sound so good! We'll be going to the show in Evesham in June." - John Bowlt, Cotswold Country - North Cotswold Community Radio

To book legends of their craft, Knoxville Highway as the live band for your corporate event, private function, club night or public appearance, contact the Champions Music and Entertainment agency via email at agents@championsukplc.com. Alternatively, call a member of the management team directly on 0207 078 78 76. 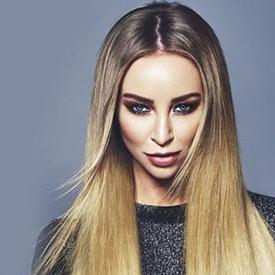 Lauren Pope One of the country’s best-known reality stars 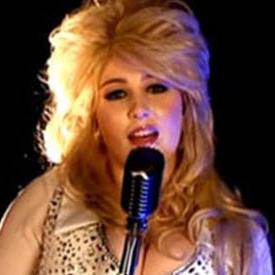 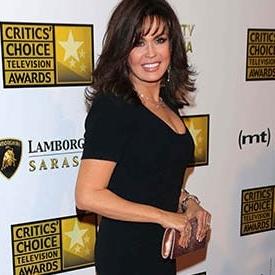