The Stars From The Commitments

Book The Stars From The Commitments Today!

Book The Stars From The Commitments today!

They have entertained audiences worldwide performing at festivals, clubs, theatres, high profile corporate events and VIP parties, including a US President, and have received rave reviews from fans, music critics and promoters.  The show is a thrilling live experience that will stir your soul. Performing all the hits, including Mustang Sally, In The Midnight Hour, Chain Of Fools, Treat her Right, Try A Little Tenderness and many, many more.

Consistently delivering high-quality performances with stunning accuracy and musicianship all adds up to produce a superb show that’s packed with hits from start to finish. The Stars From The Commitments have maintained ever-growing popularity worldwide and experience continued demand by booking agents and promoters for availability.

They have entertained and enthralled audiences at festivals, clubs, theatres, high profile corporate events and VIP parties, including a US President! and receiving rave reviews from fans, music critics and promoters.
Since touring The Stars From The Commitments have performed with soul legends Ben. E King. Dan Ackroyd, (The Blues Brothers) Wilson Pickett. James Brown, Steve ‘The Colonel’ Cropper, BB King, Sam Moore, ( Sam  and Dave) Dennis Edwards (The Temptations)…… and contemporary artists like The Black Eyes Peas.

The Stars From The Commitments were invited to perform at the Speaker’s St. Patrick’s Day luncheon in Capitol Hill, Washington. DC. The band performed a semi-acoustic set for approximately 30 minutes and was very well received. In attendance were US President George W. Bush, Irish Prime Minister Bertie Ahern and many distinguished American Senators and Congressmen.

The largest audience in attendance is over 100,000 people at an open-air concert at the Party in the Park in Sao Paulo, Brazil co-starring with legendary Blues Guitarist and Singer B. B. King. At the famous House of Blues in Los Angeles, California the band performed to full capacity.

"The Stars From The Commitments show is the best soul review I have ever seen or heard"- Dan Aykroyd, The Blues Brothers

"I’ve worked with some of the best acts in the business from Katherine Jenkins and Madness to Status Quo and McFly but I’ve never been so personally entertained or had so many fabulous comments from festival goers as I experienced with The Stars From The Commitments. The energy, fun and musical skills displayed by The Stars From The Commitments were second to none. You have to see these guys live!"- Gerard Richardson MBE, Festival Organiser

"Thank you very much for Saturday night! The guys (and girls) did an excellent job, we couldn’t have asked for better!  The comments I heard on the night and the feedback we’re getting from the guests is absolutely fantastic.  Please let everyone know how well they came across! Your professionalism and the calibre of the show were outstanding! Well done to you all! It would be great to work with you again in the future!"- Alison Watt HSE Manager, Whittaker Engineering Limited

"They played Pickett’s In The Midnight Hour early in the set, and after that it was two hours of classic soul – Chain Of Fools, Do Right Woman, Try A Little Tenderness, At The Dark End Of The Street, and, of course, Mustang Sally, among others. The Wyvern audience took a little while to warm up, but after the interval you couldn’t keep them in their seats. By the encore the auditorium was a sea of bopping, clapping, arm-waving soul brothers and sisters. The years have only caught up with these Stars From The Commitments in terms of hairlines and waistlines – it may resemble dad dancing at times, as I heard one person comment, but these dads certainly know how to belt out some great soul songs"- Stephed Webb, Swindon Advertiser 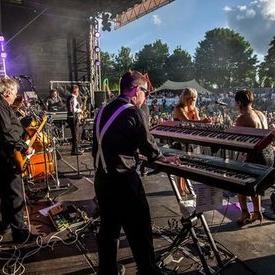 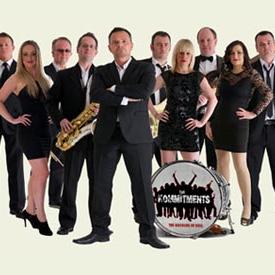