Does your event need the glitz and glamour that the likes of Dolly Parton can bring? Jo Alexander is one of the leading lookalikes and soundalikes of the American singer-songwriter in the world today. Jo Alexander's stunning performance is not only reminiscent of the star herself but is terrific party entertainment for all manner of events. For dancing and singalongs, Jo's concerts can stun everyone. Indoor or outdoor, for concerts, festivals and corporate events, Jo Alexander can make a splash. Her country style show, packed with charisma and charm, will have guests swinging and swaying from beginning to end.

Her act delivers the classic hits from Dolly's repertoire, including songs like 'Jolene', '9 to 5', 'Blue Smoke', 'I Will Always Love You' and 'My Tennessee Mountain Home'. Jo has refined her vocals to capture the same sweet yet rasping voice of the Queen of Country, as well as offering the same soaring stage presence as the country, pop and movie star. Jo's exploits have seen her perform on some of the most prestigious stages around the world.

She has starred at The Ritz Hotel in Portugal, The Grand Hotel, Brighton, Wembley Arena, the Intercontinental Regency Hotel, Bahrain, the Royal Opera House, London, Birmingham NEC, Birmingham ICC, The Dorchester, London and The Hilton to name but a few of the locations she has entertained at. She has been a fixture of the West End stage and commercials over the course of a 25-year professional music career.

In recent times, she has concentrated on taking her '9 to 5 Show' across the length and breadth of the country and beyond. The star is already taking bookings for next year, which shows the speed in which her calendar fills up - but if Jo Alexander is the Dolly Parton tribute that you have been waiting for - there are still some days available for this calendar year. For corporate events, wedding entertainment or party entertainment, Jo is a performer with an attitude and ability much like Dolly herself.

"I’ve messaged Jo personally but we just wanted to say how AMAZING she was on Saturday night. Absolutely incredible, everyone is still talking about her. Such warmth with the guests, and that voice! Amazing!" - Michelle & Kate

Contact Champions Music & Entertainment to enquire about hiring The 9 To 5 Show today. Get in touch by calling us on 0203 793 4042 or by emailing [email protected] now. 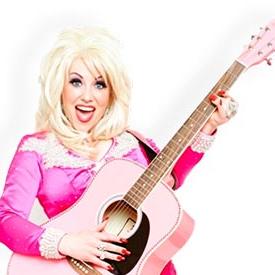 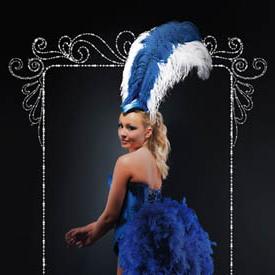