To bring a touch of the iconic country style to your next event, why not consider one of our Dolly Parton tribute acts to recreate the Queen of Country herself? Our acts will reproduce the sensational Tennessee accent we all love Dolly for as they perform a set list of her very finest hits, including the likes of 9 to 5, Jolene and Islands in the Stream amongst many more. Recognised for her bright blonde hair and rhinestone-laden outfits, our acts are unmistakably the Dolly Parton.

Their country style show, packed with charisma and charm, will have your guests swinging and swaying from beginning to end. Over years of experience, our tribute acts have refined their vocals to mimic the light yet raspy vocals of the singer herself, as well as offering the same stage-filling personality Dolly is known for. 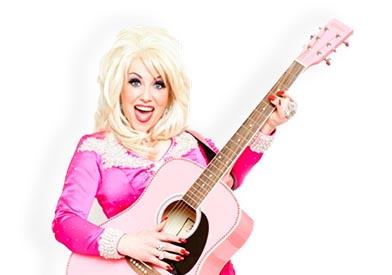 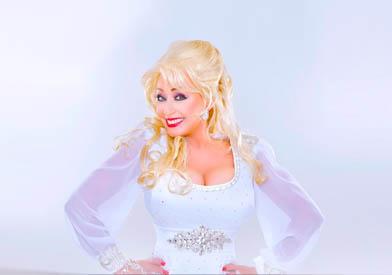 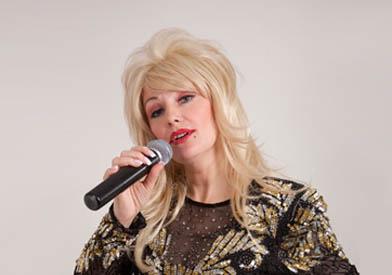 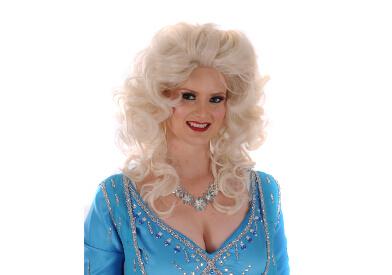 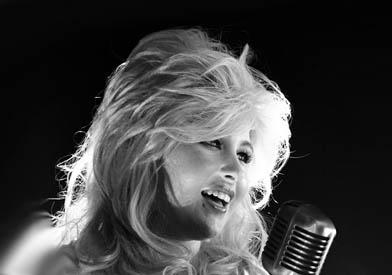 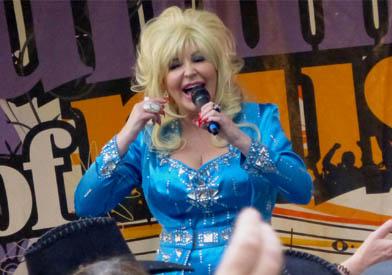 Our Dolly Parton tribute acts are world class, having performed on some of the most prestigious stages the world has ever seen. Rest assured that your guests will be blown away by the flawless impersonation, captivating personality and talented vocals that our acts have to offer, a sure fire way to fill the dance floor with endless box steps and heel taps. Our tribute acts consistently deliver with painstaking accuracy, putting time and effort into every stitch of their white fringed costume. Book one of our Dolly Parton tribute acts today to guarantee an unforgettable evening of barn dancing and musical entertainment!

Dolly Parton is best known for her contribution to country music, shaping the genre for decades. After achieving success as a songwriter on behalf of other artists, Dolly made her album debut in 1967 with Hello, I'm Dolly, a collection of tracks that kickstarted her success. With steady success during the 1960s, Dolly’s chart peak came during the following two decades. Dolly has earned multiple awards, including nine Grammy Awards, ten Country Music Association Awards and is impressively one of only seven female artists to win the Country Music Association's Entertainer of the Year Award.

Contact Champions Music & Entertainment to enquire about booking a Dolly Parton tribute act. Get in touch by calling us on 0203 793 4042 or by emailing [email protected] now.