Adam F is in the elite of celebrity DJs and producers and co-founder of the drum and bass record label, Breakbeat Kaos.

Adam F (Fenton) is a superstar producer and celebrity DJ with a distinguished career behind him. His success as a musician and DJ has shaken the world of hip hop, drum ‘n’ bass and electronica. His incredible track record has given him a worldwide reputation as one of the greatest DJs of his generation. As an award-winning DJ and Producer Adam F has crossed genres in his time pulverising parties at venues across Europe and the world with his artistry and compelling fusions created behind the turntables. Adam is one of the stars of the entertainment scene. With a fresh and progressive style, Adam F has created basslines and dropped beats that have reached global attention.

To audiences Adam F has made his presence known and has built a repertoire of hits of his own, and in collaboration with other big names in hip-hop and drum and bass. Adam began his remarkable rise with the release of Metropolis/Mother Earth. He had early success with the tracks F-Jam and Circles which broke into the UK Top 20. In 1998 Adam F won a MOBO Award for Best Album with his debut attempt, Colours. In 2001 his collaborative musical effort, KAOS – The Anti-Acoustic Warfare alongside artists such as LL Cool J, Redman and De La Soul proved contemporary and groundbreaking. In 2002, Adam F feat. m.o.p was the music-maker for the hugely popular Ali G Indahouse soundtrack, Stand Clear.

The movie starring Sacha Baron Cohen went on to gain cult status. In 2003 Adam F co-founded the drum and bass label Breakbeat Kaos along with DJ Fresh. The label released Pendulum’s debut album, Hold Your Colour which went on to gain critical acclaim. In early 2007 Adam F took to acting and had success in the British crime thriller, The Heavy and starred in a second thriller, Cuckoo. By 2009 Adam was back in the studio mixing and producing.

He joined Horx to remix Take Me to the Hospital by The Prodigy before he collaborated with fellow record label producer DJ Fresh in 2010 under the name: WTF?! Since then Adam has remixed material for some of the biggest names in entertainment. Adam later released his Elements EP on Breakbeat Kaos. It included the tracks such as Elements, When The Rain Is Gone, In The Air, It’s Bigger Than Hip Hop UK and his remixes of Afrojack’s Take Over Control and Sander van Doorn’s Nothing Inside. He has most recently collaborated with Doctor P, Method Man and Redman, while also touring up and down the country and abroad. He excites audiences with his genuine and exhilarating live shows, perfect for corporate events, charity events, wedding entertainment, television and radio.

Contact Champions Music & Entertainment to enquire about hiring Adam F today. Get in touch by calling us on 0203 7934 042 or by emailing [email protected] now. 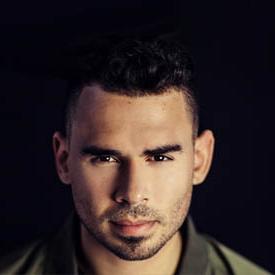 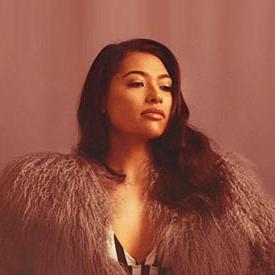