Vanessa White is a professional singer and songwriter with an illustrious career on the stage as both a singer and actress. White rose to fame with the formation of the pop group The Saturdays. With a voice that has been compared to the likes of Alicia Keys and Christina Aguilera, White is a major entertainer and celebrity that can grace any event with star quality.

With a voice that has been compared to the likes of Alicia Keys and Christina Aguilera, Vanessa White is a major entertainer and celebrity that can grace any event with star quality. While White is most well-known for her time as a singer in The Saturdays, she has a long history of performance from a young age. While enrolled at the famous Sylvia Young Theatre School, White developed her acting and performing skills as well as studying with the likes of Rita Ora, Jade Ewan, and Jesy Nelson of Little Mix. White went on to appear in several West End theatre productions, including ‘The Lion King’ and ‘The King and I’.

White moved into singing with The Saturdays achieving 13 Top 10 hits. The Saturdays went on tour with Girls Aloud, with their pop sounds delving into dance-pop as well as electropop. White was a key member of The Saturdays with the other group members referring to her as: ‘our Christina Aguilera’. This is due to her extensive, and powerful, vocal range. With singles like ‘If This Is Love’, ‘Up’, and ‘Issues’ it is easy to see how important White was to the success of the group.

White struck out on her own in 2015 to great anticipation. With only a few singles and two EP’s released, White is at the beginning of a burgeoning career, and there is no better time to enjoy her act before she blows up the world stage. She has collaborated with the likes of Bryson Tiller and English artist, Wretch 32, capturing a classic R&B vibe.

Her original work and powerful voice will entertain the toughest of audiences and bring emotion to life. Add to this her years of training as an actress, and you can rest assured of her ability to liven up a crowd and dominate a stage. White’s star status has grown from strength to strength with appearances on popular television shows like ‘Popstar to Operastar’ and “I’m a Celebrity… Get Me Out of Here!”. With such an illustrious career behind her, the young artist is a dream booking for any social event, product launch, or corporate event.

To book Vanessa White as the celebrity entertainment for your next event, party, or function, email Champions Music & Entertainment on [email protected]. Alternatively, call a member of the management team directly on 0203 793 40 42. 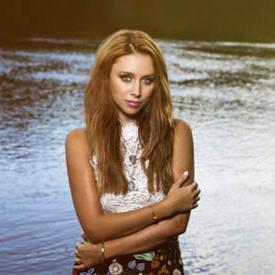 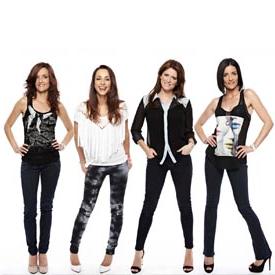