Pixie Lott is a chart-topping British pop star on the rise. A talented singer-songwriter and actress, Pixie is an accomplished solo artist beloved across the world.

A pop sensation with three successful albums to her name, Pixie Lott is the ideal headliner for any music festival, corporate event, concert, or television broadcast. Born Victoria Louise Lott in Bromley, Pixie was raised in the suburbs of London. From a young age, she seemed destined to become a singer, performing in her church choir at the age of five. The young singer developed her talent quickly, attending the prestigious Italia Conti Academy of Theatre Arts on a scholarship. Whilst at the academy, she appeared in several West End productions including Chitty Chitty Bang Bang, BBC One’s Celebrate the Sound of Music, and Roger Water’s operatic work Ça Ira. Pixie was signed to a record label at the tender age of 15 after a bidding war between Island Def Jam Music Group and Mercury Records.

Along with her own singing career, she also signed to Sony/ATV Music Publishing as a songwriter and has been credited with writing Alexandra Burke’s You Broke my Heart and Happy Alone for the British girl group, Girls Can’t Catch. Following this success, Pixie wrote and featured in Selena Gomez’ single We Own the Night with Toby Gad. This culmination of her talent saw the young Pixie tour the UK and perform her first festival concert in the Big Top at 2009’s Isle of Wight Festival. In the same year Pixie released her debut single, Mama Do. Reaching the summit of the UK Singles Chart, Mama Do would go on to chart for 18 weeks and see success in 11 other countries.

This successful single was certified silver by the British Phonographic Industry within months of its release. Pixie made the most of this early success with her debut album Turn It Up released in the same year. Noted for the intensive promotional tour, the album debuted at number six on the British Album Charts, was certified double platinum, and sold over half a million copies. Since then Pixie has gone from strength to strength. Her second and third albums, Young Foolish Happy and Pixie Lott were just as well received with the former certified gold while the latter saw Pixie embody the essence of Motown to create a break from her previous sound.

All in all, Pixie has had six Top 10 UK singles showcasing her talent as a popstar and rising talent. Pixie has since expanded her portfolio to include stage and television work; most notably starring as Holly Golightly in the limited run of the stage production Breakfast at Tiffany’s at the Theatre Royal Haymarket in the West End. With influences like Celine Dion, Whitney Houston, and Mariah Carey, Pixie has set her sights even higher. Fortunately, her incredible voice, virtuosic songwriting ability, and pop success have established her alongside her icons. A truly once-in-a-lifetime solo artist, Pixie Lott is a must for all manner of events. Astound your guests with this pop sensation and book now.

Contact Champions Music & Entertainment to enquire about hiring Pixie Lott today. Get in touch by calling us on 0203 793 4042 or by emailing [email protected] now. 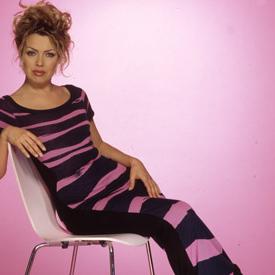 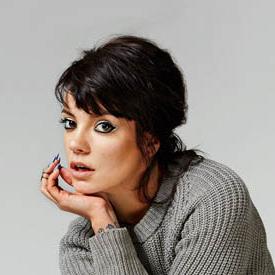