Andrea Faustini is a highly talented solo artist with a remarkable ability to immerse a crowd. His unbelievable vocal range and style made him a star in entertainment and he continues to be an ideal choice for all manner of events.

Andrea Faustini is a monumentally talented solo artist and one of the emerging stars of the soul music scene. Audiences are often moved by his hair-raising vocals and range. Andrea is one of the most passionate vocalists in entertainment and can immerse an audience in his performances, whether at intimate concerts or on bigger stages. Andrea made his name as one of the stars of 2014’s X Factor, where he wowed judges time after time. Born in Rome, Andrea showed a passionate interest in music from childhood. From an early age, he was influenced by artists such as Stevie Wonder, Whitney Houston, Donny Hathaway, Lianne La Havas, Ed Sheeran, Sam Smith, Beyoncé and of course The Spice Girls!

Andrea’s breathtaking style comes from a natural fusion of those influences as well as his own well-honed style - making for a unique and explosive event. It was in 2014 while studying at La Sapienza University in Rome that Andrea began his rise through the rungs of entertainment when he auditioned for the prestigious British talent contest, The X Factor. Following five auditions, Andrea became a contestant on the live shows. Having prompted Simon Cowell to state: ‘This is one of the biggest reactions we’ve ever had at the arenas. It’s quite amazing’. Andrea continued his journey on the show, rendering two-fifths of the Spice Girls speechless and ultimately being mentored by Mel B of the world-famous girl band.

Faustini breezed through the live shows by delivering unforgettable live performances week after week. He became a finalist and earned third place in the final. Andrea then went on to tour the country with the X Factor Live Arena Tour, performing in front of a packed crowd at the Wembley Arena. In January 2015, Andrea signed to international recording label RCA Records. His debut single ‘Give A Little Love’ was released in July 2015. His album Kelly was released shortly afterwards, reaching number 14 in the UK Chart. Throughout Andrea’s career thus far, he has worked with supergroup Take That, prodigious British talent Ella Henderson and Italian singer Elisa Toffoli.

Andrea has performed for Vanity Fair’s L’Ultima Cena after appearing in an editorial shoot for the magazine and has gained consistent bookings as wedding entertainment, for award ceremonies, product launches, private parties and corporate events.

Contact Champions Music & Entertainment to enquire about hiring Andrea Faustini today. Get in touch by calling us on 0203 793 4042 or by emailing [email protected] now. 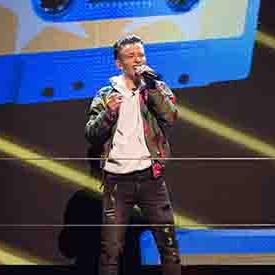 Kade Smith Star From The Voice 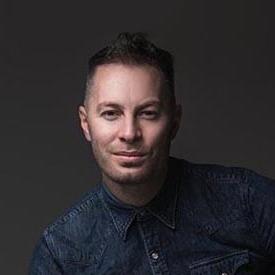 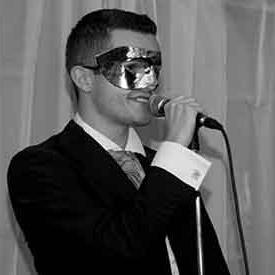