Iconic British singer and songwriter, Annie Lennox has enjoyed a successful career in the music industry. Having found fame as part of The Tourists, Annie is also famed for her music as part of Eurythmics and for her solo career, releasing songs such as Walking On Broken Glass, Here Comes the Rain Again and Why. Having claimed a monumental eight Brit Awards, four Grammy Awards and a Billboard Century Award, it comes with no surprise that she was named as one of the 100 Greatest Singers of All Time by Rolling Stone. Continuing to perform, book Annie Lennox for events today!

Annie Lennox is an iconic British artist, rising to fame as a member of The Tourists and Eurythmics. Having also enjoyed a successful solo career, Annie has been recognised as one of the 100 Greatest Singers of All Time by Rolling Stones and at No.22 in the 100 Greatest Women in Music by VH1. Widely known for songs such as Sweet Dreams (Are Made Of This), Here Comes the Rain Again, Walking on Broken Glass and There Must Be An Angel (Playing In My Heart), Annie continues to perform today, along with performing her political activism and philanthropic acts.

At the beginning of her musical career, Annie was a member of Dragon’s Playground, leaving to join as The Tourists in 1977. With The Tourists, Annie performed as the lead singer, becoming known for songs such as I Only Want To Be With You, Blind Among The Flowers and The Loneliest Man In The World. Collaborating with Dave Stewart, Annie formed Eurythmics, claiming a UK No.1 with There Must Be An Angel (Playing With My Heart) and a US No.1 for Sweet Dreams (Are Made of This). Annie has also worked with the iconic David Bowie, performing at the Freddie Mercury Tribute Concert with a rendition of Under Pressure.

In 1992, Annie began to focus on her solo career, releasing her debut album Diva. Having been named as one of the 100 Greatest Women in Music, Annie has sold over 80 million records worldwide and claimed the title of Best British Female Artist on six occasions. Having also been named Brits Champion of Champions, Annie is famed for performing with artists such as Madonna, Queen and Sting. Having released albums such as Medusa, Bare, Songs of Mass Destruction and Nostalgia, Annie’s latest release in 2019 was titled Lepidoptera.

Highly commended throughout her career, Annie has been awarded eight Brit Awards, four Grammy Awards, an MTV Music Video Award, a Billboard Century Award, a Golden Globe Award and an Academy Award for Best Original Song. She has also been recognised as the Greatest White Soul Singer Alive by VH1 and appointed OBE for Tireless Charity Campaigns and Championing of Humanitarian Causes. Outside of music, Annie is famed for founding The Circle, a woman’s empowerment charity, and for being the first female Chancellor of Glasgow Caledonian University.

A famed British musician, Annie continues to perform her pop, rock, soul, R&B and new wave vocals, entertaining crowds as an iconic artist. Performing her famed songs such as Walking on Broken Glass, Sweet Dreams, There Must Be An Angel, Here Comes the Rain and Why, Annie fulfils her reputation as one of the greatest singers of all time. A consummate performer, Annie has previously performed at Buckingham Palace at the Queen’s Diamond Jubilee celebrations and the 2012 London Olympic Games closing ceremony. When looking for an iconic British singer to perform at your event, don’t hesitate in booking Annie Lennox today!

Contact Champions Music & Entertainment to enquire about hiring Annie Lennox today. Get in touch by calling us on 0203 7934 042 or by emailing [email protected] now. 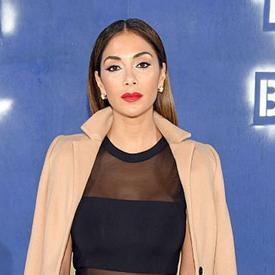 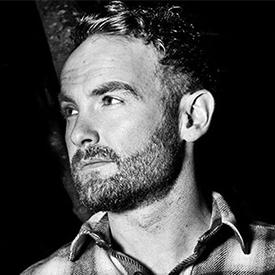 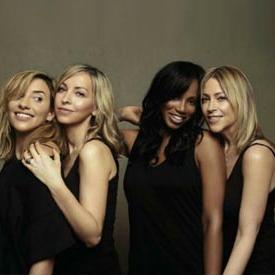