One of the most popular comedians on the British comedy circuit, Arnold Gutbucket has established himself as one of the most bizarre and entertaining acts available in the industry today.

Arnold Gutbucket is a sensational British comic who combines acting, comedy and songwriting with a fabulous eccentricity. He has appeared on television and has worked with some of the best-known names in showbiz. This versatile entertainer knows how to work an audience. He displays a stunning stage presence and aura. Arnold has had his own show on Sky One and appeared on well-known programmes such as New Faces, The Bobby Davro Show, This Morning and Big Breakfast. Arnold has also appeared on Big Brother’s Little Brother and once wrote and performed a song for Celebrity Big Brother. More recently, this incredibly original comedian appeared on Mel & Sue In The Afternoon, where he sang one of his own compositions.

He is well-known for writing delightfully silly songs for several holiday park characters, including Ollie the Octopus and Billie Bonkers. A fine musician, Arnold has performed alongside the likes of Engelbert Humperdinck, Shakin’ Stevens, The Drifters, The Three Degrees, Chas & Dave, The Barron Knights, The Stylistics, Jethro, Ronan Keating, Shane Richie, Tim Vine and Milton Jones. As a comedy writer, Arnold has produced material for many artists, including comedians Brian Conley, Syd Little and the ventriloquist Donna Marie Walton.

As an actor, he has appeared with Sean and Jon Pertwee, Colin Firth and Faye Dunaway. Thanks to his unique and engaging style, Arnold is one of the most multi-talented acts around. He sits among the best stand-up comedians, musicians, actors and comedy compères in the country. His popularity stems from his beguiling routines, complete with clever comic comments, silly songs and outrageous jokes. His act knows no bounds, as he brings juggling and visual props to accentuate his class in this diverse and highly amusing showcase. He writes his own material and always brings a spirited vibe and a warm-hearted smile. His experience speaks for itself and has defined Arnold’s career within the comedy circuit. Arnold breaks boundaries with his audience due to his magnetism on stage and his quick wit. He is a top-class professional with a calming charm to boot. Audiences will be rolling around in stitches when Arnold takes to the stage.

Contact Champions Music & Entertainment to enquire about hiring Arnold Gutbucket today. Get in touch by calling us on 0203 793 4042 or by emailing [email protected] now. 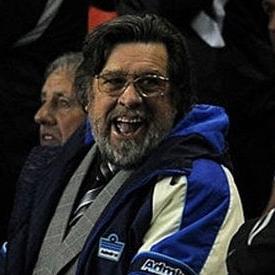 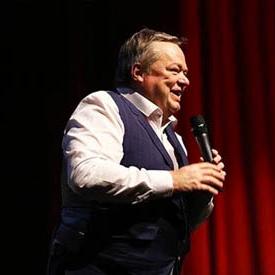