Billy Da Kid is an iconic celebrity DJ, at the heart of the party on KISS FM UK. His Friday and Saturday night slots are known for hot mixes from 90s dance and dub to garage and grime.

The talented DJ began making a name for himself in dancehall culture. He soon earned himself a DJ slot at Notting Hill Carnival's famous Digital Soundboy Stage. This, in addition to appearances on pirate radio stations, saw him gain national acclaim. Known as a cool young broadcaster, Billy Da Kid, whose name is taken from the outlaw who went down in folklore. Billy the Kid as he was known, was one of the most infamous gunslingers in the history of the American West.

Billy Da Kid is going about his business in an entirely different way. While the American antihero was busy making enemies, the British DJ is hitting all the right notes on his way to the top. He supplied mixes to BBC Radio 1Xtra and KISS Fresh before he teamed up with KISS FM on a permanent basis. Providing hits from various genres, Billy entertains primarily 15-24-year-old KISS FM listeners on his shows. Infusing reggae influences into his usual electronic sounds, Billy Da Kid has become a leading champion of new music.

The exciting and eclectic young star has proven himself a top talent in the industry and he continues to go from strength to strength. With a bright future, Billy Da Kid is already headlining club events, corporate parties, product launches, festivals and carnivals, and his amazing ability is there for all to see. For a live-wire and the biggest beats, Billy Da Kid is da man for the big occasion. Having appeared at Pryzm nightclubs around London and the UK, from Kingston to Bristol as well as Camden's SSE Arena, BH Mallorca, Bangor University SU, Bournemouth University SU, Corporation in Sheffield, Indigo O2 and Evoke in Chelmsford - to name but a few - Billy Da Kid enjoys a massive reputation.

Whether you are looking to host a party with an underground edge, celebrate a dynamic corporate launch or blow the roof with your student entertainment- there are few famous DJs with a repertoire as diverse and rousing as his. His passionate performances show that he lives and breathes music. Book his impressive act today!

Contact Champions Music & Entertainment to enquire about hiring Billy Da Kid today. Get in touch by calling us on 0203 7934 042 or by emailing [email protected] now. 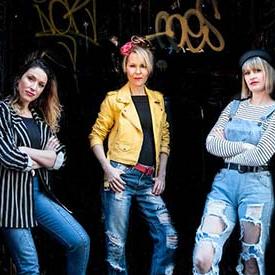 Bananarama By The Bunch Bananarama Tribute Band Reliving The 80s 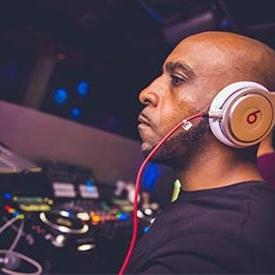