Marvelled as one of the most unique vocalists in the industry, Irish singer Brendan Murray has already taken the talent show world by storm on both the 2018 X-Factor and 2017 Eurovision Song Contest. Brendan is as professional as he is talented, capable of performing a range of tracks in his own distinctive style.

Talented vocalist Brendan Murray is no stranger to the stage. Initially a part of the Irish boyband, Hometown, he has since appeared on the 2018 X-Factor series and the Eurovision Song Contest 2017. A respected singer, he performed his hit song, Dying to Try, while representing Ireland in the contest. Ireland made it to the second semi-final thanks to Brendan's unrivalled talent, and the song has since become a fan favourite. Born and raised in County Galway, Brendan auditioned for the popular Irish band, Hometown, in 2014. The group was managed by Louis Walsh.

Over a two year period, Hometown supported such popular musicians as Olly Murs in 2015, McBusted in 2015 and The Vamps in 2016, a testament to their dedication, talent and passion for music. Their debut single was titled Where I Belong, and burst onto the Irish Singles Charts at number one. Following another chart-topping success, the band toured Ireland in 2015. After a whirlwind two years, Hometown announced their break up so the members could chase their individual goals. Having earned a loyal fanbase, it is no surprise that Brendan quickly returned to the stage following the band's hiatus.

In 2016, he announced that he would be the Irish representative for the 2017 Eurovision Song Contest, narrowly missing out on the coveted top 10 qualifying place. When Brendan auditioned for the 15th season of The X Factor (2018), he soared through the competition, reaching the semi-final. If you are planning a party, Brendan is the pop singer for you. Unique, talented and professional, his act is equipped with chart-topping covers and original hits. Throughout 2019, he continued to tour the United Kingdom, offering his fans meet and greet opportunities as well as musical entertainment.

Contact Champions Music & Entertainment to enquire about hiring Brendan Murray today. Get in touch by calling us on 0203 7934 042 or by emailing [email protected] now. 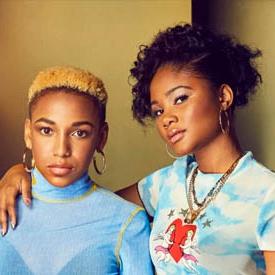