World-class R&B singer, Corinne Bailey Rae is best known for her hits 'Like A Star' & 'Put Your Records On'.

Corinne Bailey Rae is an internationally successful artist who has reached critical acclaim over the course of her fifteen-year career. She shows no sign of taking a step back and continues to produce timeless R&B songs that regularly top the charts. A global success, Corinne is available to hire for private events and corporate functions as a top-class entertainer. Growing her passion into a hobby and ultimately as a lucrative career, Corinne began singing at church and even recorded two albums with the church band under the name ‘Revive’. In the late 90s, Corinne joined a band called Helen who never had a big break but gave her the confidence to start working on solo projects.

Making her breakthrough into the main industry in 2005, Corinne released her self titled solo album and the single ‘Like a Star’ which sold over 300,000 downloads worldwide. Her next single ‘Put Your Records On’ rose to number two in the charts. Off the back of her hugely successful debut alum, Corinne was named the BBC’s Sound of 2006 and won two MOBO Awards. She was also nominated for three Brits and three Grammys, a huge achievement for a new artist to the industry.

Just four years after her first album, Corinne Bailey Rae released ‘The Sea’ which was nominated for the 2010 Mercury Prize for Album of the Year and won the Grammy for Best R&B Performance.

Unstoppable in her success, Corinne put out her third album ‘The Heart Speaks in Whispers’ in 2016. Most recently, Corinne has ventured into producing music for film and television, providing soundtracks for the likes of ‘Fifty Shades Darker’ and Sky 1’s ‘Lucky Man.’ She has completed a worldwide tour and performed to thousands of fans at music festivals across the globe. As one of the most recognisable R&B singers, Corinne Bailey Rae will impress audiences at any event with her impeccable vocals, down to earth personality and emotional performances. 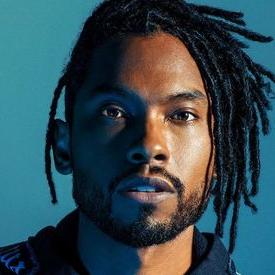