Mesmerising magician, Damien O’Brien has gone from street artist to global talent act, thanks to the originality of his skills.

Infusing elaborate tricks with close up magic, and even illusions, Damien’s one of a kind act has audiences captivated from start to finish. A natural-born entertainer, Damien’s work has already seen him perform at celebrity events, on television and most recently in the Britain’s Got Talent final. For a masterclass in magic, book Damien to impress your guests, and get a truly bespoke and beguiling act.

Specialising in illusion and card tricks, Damien has been fine-tuning his act since he first gained an interest in magic as a young boy. Starting as a street magician, Damien would perform to unsuspected members of the public and watch as they stared in wonder at the wizardry he would achieve in front of their eyes. Spotted for his talent, Damien was soon performing in top London venues to the stars and gaining a reputation for his effortless showmanship, and ability to adapt his tricks to each occasion, be it sleight of hand for small groups or a full spectacular as the main entertainer for the event.

Having established himself as a world-class performer, Damien has since become a regular feature of the media, appearing on the likes of Killer Magic, Penn & Teller ‘Fool Us’ and DayBreak. Stepping out onto one of Britain’s biggest stages, Damien stunned the famous judges and the public when he auditioned for Britain’s Got Talent in 2020. Breezing through each round of the series, Damien captured the imagination of the audiences with his impossible close up magic and elaborate performances, to reach the final.

Experienced in starring in a range of events, Damien’s show is inclusive to all age ranges and equally enjoyable no matter the audience. Whether performing at a wedding to family and friends, or as a corporate entertainer at large scale events, Damien’s charm and ability to engage a crowd remains the same. Previous clients of Damien’s include: Disney, Tesla and Coca-Cola, in addition to his industry success at global events like the BRIT Awards. Don’t miss the opportunity to book such a mesmerising entertainer. 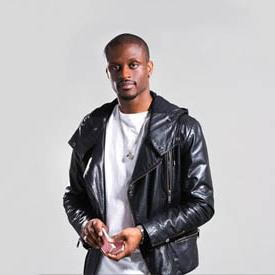