Let the Sisters plus their very own 007 bring a touch of sophistication to your evening! With outstanding vocals and glamorous costumes, they will entertain your guests with the greatest theme tunes from the most iconic British film series in history.

They bring to life all the classic hits including Goldfinger, Diamonds Are Forever as well as Live and Let Die and you can rest assured you won’t find another Bond tribute act as interactive and entertaining as Forever Bond! No matter which Bond is your favourite when it comes to a night of non-stop music charting the story of this best-loved British spy, you'll definitely agree that nobody does it better! The Forever Bond vocalists have been performing together for over a decade.

They are no strangers to the world of entertainment and over the recent years this highly trained, professional team have worked with some of the UK's top function bands, performed in numerous West End Musicals including Mamma Mia, Cats, Les Miserables, Fame, Grease, Evita, Oliver, Billy Elliot and Blood Brothers.

As well as providing live entertainment for well-known personalities including none other than the British Prime Minister, Forever Bond has performed at private parties, weddings, Jewish functions, corporate events including award ceremonies and product launches, golf clubs, casinos, clubs & restaurants.

"Well what can I say! You gave us an amazing night. Everything you did was spot on and I hope the crowd were receptive enough to make it a good night for you too. Your act is so upbeat I fail to see how even the most numb of audiences cannot get going by your set. The interaction with guests was absolutely first class and everyone got it. You deserve every success with the act." - Birthday Party, Chelmsford

"When you first came on with Diamonds are Forever it made Karen well up. It was the perfect track and the timing was excellent just after the speeches. I looked around at our guests to see their bewilderment at where the music was coming from. Eventually everyone saw it was you singing and I think most desserts were left on the plates as they couldn't take their eyes away from the entertainment. Thank you for your help in making it a most memorable evening and I hope to see you again at our next one...." - Hylands House, Chelmsford

Contact Champions Music & Entertainment to enquire about hiring Forever Bond today. Get in touch by calling us on 0203 793 4042 or by emailing [email protected] now. 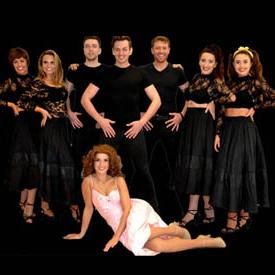 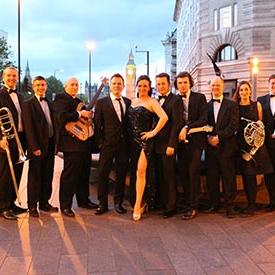