Performing a show worthy of many of the greatest names in swing music history, Gary Grace has established himself as one of the leading swing performers in the United Kingdom. Blowing away audiences across the country, his show is not to be missed.

For those looking to add a sense of class and refinement to their next event, Gary Grace is the perfect choice to meet the need. An immensely talented solo artist, Gary’s experiences performing as one of the country’s favourite swing singers have afforded him a successful career as an entertainer. Having developed an act that rivals many of the best-known crooners in the business, Gary’s slick style and smooth voice continue to melt hearts wherever he goes.

Gary’s performance comprises a show-stopping celebration of many of the highlights of the jazz and swing eras. Performing musical material by the likes of Dean Martin, Michael Bublé, Matt Monro, Tony Bennett, Frank Sinatra and Sammy Davis Jr., Gary’s incredible performance has seen him acquire a loyal following amongst even the most-discerning swing enthusiasts. His extensive and varied setlist includes iconic hits such as A Foggy Day, I Get A Kick Out of You, Bésame Mucho, Lazy River, Put Your Dreams Away, Steppin’ Out with My Baby, and The Summer Wind. Furthermore, Gary is equally successful at paying tribute to a wide variety of pop songs, including Cracklin’ Rosie, Brown Eyed Girl and Wind Beneath My Wings.

Gary’s success as a leading name among British singers have seen him take his incredible show on the road both within the United Kingdom and beyond. Having performed for corporate events, as wedding entertainment, and at dinner dances and private functions, Gary has impressed audiences in a variety of settings. Furthermore, he has also enjoyed success as a popular booking for cruise liners, becoming a familiar face on the iconic Cunard Line.

Displaying musical versatility, Gary’s wonderful performance can be presented in several different formats. Customising his set to suit the occasion, Gary has performed alongside a trio, an 8-piece live band and a 17-piece big band. Regularly touring the country, Gary has also released a series of studio albums, including his Kings of Swing, Echoes of Matt Monro and Terrifically Tony, a Tony Bennett tribute album.

Having enjoyed an extensive career in the world of entertainment, Gary Grace has become a household name among swing performers. Transporting audiences back to the genre’s heyday in the 1930s and 1940s, Gary is the perfect booking for all manner of events.

If you would like to book Gary Grace as the singer for your next event, contact the Champions Music and Entertainment agency via [email protected]. Alternatively, speak to a member of the management team directly on 0203 793 40 42. 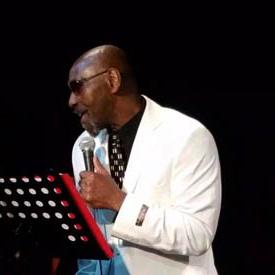 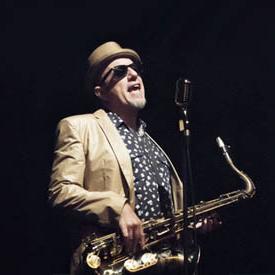 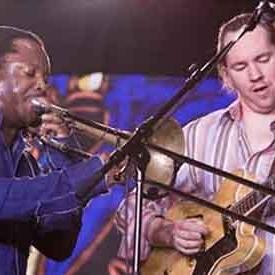