Formed in 1999 Gogol Bordello is an American punk band whose sound is inspired by a mixture of Gypsy music, punk and dub.

Although their a punk band their music incorporates violin, accordion and sometimes saxophone. The band are best known for their theatrical stage shows and persistent touring. The band released their first single in 1999 followed by a further six full-length albums and one EP. Making their major record label debut on 27 April 2010 with Transcontinental Hustle which consisted of many songs inspired by Hütz's move to Brazil.

Bordello's popularity has seen them tour extensively throughout Europe and America appearing at numerous international festivals and performing with diverse bands such as Flogging Molly, Cake and Primus. Bordellos success only grew as they performed live for Bonnaroo's ten year anniversary at the Bonnaroo Music and Arts Festival in 2011. This experience saw them entertain huge crowds during a 1.5 hour set in the middle of the night and also perform with Devotchka.

Bordello then partnered with Coca-Cola, seeing them release Let's Get Crazy which was used in the advertising campaign for the European Football Championships. However the bands achievements span further than music and as they have appeared in numerous popular films, a stand out one being 2005's Everything Is Illuminated. Based on the Nazi purges in Ukraine, lead singer, Eugene Hütz, co-starred with Elijah Wood for the drama and adventure story.

With a huge following of fans the band also has their own documentary which was filmed in 2008 to follow the bands progress, this was called Gogol Bordello Non-Stop. The hugely popular band can add something completely unique and entertaining to your event. With a career full of tours and performing at various venues the band have the experience to perform a faultless top quality show full of energy and excitement.

Contact Champions Music & Entertainment to enquire about hiring Gogol Bordello today. Get in touch by calling us on 0203 7934 042 or by emailing [email protected] now. 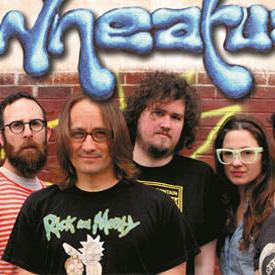 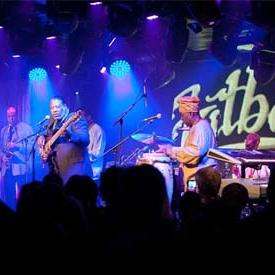 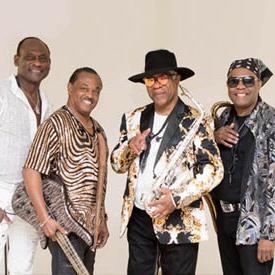