Holly Jayne brings pop, rock and Motown classics from ages past and present, she has performed at the likes of Birmingham Symphony Hall and Sheffield Arena.

Holly Jayne is an enormously talented solo vocalist with an unrivalled ability and genuine professionalism. She has gained widespread support across the UK and abroad for her inspiring performances on-stage and as a session singer. Her crowning achievements include performances at Birmingham Symphony Hall, Sheffield Arena and an impressive world tour onboard the famous Disney Magic Cruise Ship as a solo vocalist. She has amassed significant singing credits including as the singer for the film theme tune in Weaverfish and as lead and backing vocalists for the likes of Gospel Oak Studios and cover band, Modern Touch. Added to this is Holly’s extensive experience at corporate events and as wedding entertainment.

With her warmth and charisma, Holly is a pleasure to work with and transmits both onstage and off. With over a decade as one of the country’s most sought-after professional singers for hire - Holly has grown into a noteworthy act, able to rouse crowds in a variety of styles. Able to cover party classics, from Motown, through to soul to pop, Holly, is a versatile entertainer with the qualities to tailor her performance to suit your every need. Be it an upbeat gig, punching party or laid-back occasion - Holly brings sophistication and wow factor to your events. Adaptable and with incredible vocal talent, Holly can bring a tone and tempo to an event and command a room with a stunning stage presence.

Her setlist features the leading tracks from decades past. With over a hundred songs on her list, Holly can bring the modern pop hits such as Firework by Katy Perry, Uptown Funk by Bruno Mars and You Got the Love by Florence and the Machine. She can also turn her hand to classic rock and pop hits such as Summer of ‘69 by Bryan Adams, Livin’ on a Prayer by Bon Jovi and Mr Brightside by The Killers. If you want to go further back, Holly can bring soul and Motown hits like I Want You Back by Jackson 5 and Shake Your Tail Feather from the Blues Brothers, Good Times by Chic and Ain’t No Stopping Us Now by McFadden & Whitehead. Holly has proved popular fronting small and large audiences at stage shows across the world and continues to be a hit at corporate events, wedding receptions and other special occasions. For those first dance songs and dance floor numbers, Holly is one of the best in the business.

"Holly was great and the evening went very well – we have had some great feedback from guests." - Claire, Mercure Sheffield St. Paul’s Hotel & Spa

Contact Champions Music & Entertainment to enquire about hiring Holly Jayne today. Get in touch by calling us on 0203 7934 042 or by emailing [email protected] now. 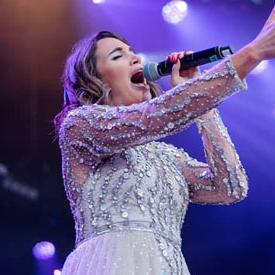 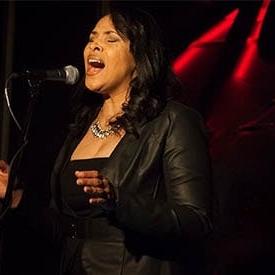 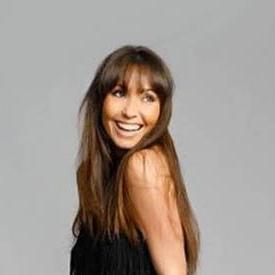