Famed for his hit song Broken Strings and You Give Me Something, James Morrison is a leading singer-songwriter from Britain. Available for a vast array of events, you can book James today to make a personal appearance at your private function, or headline your festival. Talented and well-loved by fans, he is one of the highest-selling male solo artists in the country.

With millions of album copies sold worldwide, Jason Morrison is one of the best male vocalists in the UK. With decades of industry experience, James is completely at home on stages of all sizes, in front of audiences of all sizes. It is impossible not to fall head over heels for James' romantic, acoustic songs, ideal for a wedding reception or intimate festival. As one of the most successful male solo artists in the country, there are few booking opportunities quite like James. Born in Warwickshire, James started playing the guitar from a young age, when his Uncle introduced him to a blues riff.

After he spent his teenage years busking in Newquay and Cornwall, as well as performing in local pubs, he released his debut single, You Give Me Something, in 2006. James has been quoted stating that Stevie Wonder, Otis Redding and Van Morrison are his biggest influences. James' debut single reached number five in the UK Singles Chart. It was followed by his debut album, Undiscovered, which was described as "[not having] a bad track on it".

James had burst onto the music scene, topping the UK Album Charts within the first week of its release and sold over one million copies. Later albums earned similar success, leading James to perform at V Festival in 2006 and the 2006 Royal Variety Show. In 2007, James won the Best British Male Solo Artist at the 2007 BRIT Awards and the AOL Breaker artist. James' recent album, You're Stronger Than You Know released in 2019, was toured across South Africa, the UK and Europe to critical acclaim. With over a decade worth of experience performing, James has the experience, confidence and talent to steal the show. Audiences are enchanted by his music, making for a truly magical event.

Contact Champions Music & Entertainment to enquire about hiring James Morrison today. Get in touch by calling us on 0203 7934 042 or by emailing [email protected] now. 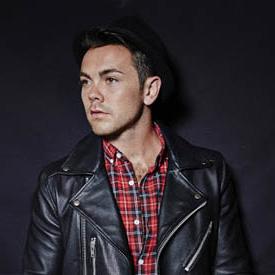