At Kelly’s live music events the dance floor will become a buzz of activity, a haven to celebrate the sounds and good times that Kelly brings to every show she does.

Kelly G is one of the UK’s most colourful vocal talents. Highly professional and brilliantly entertaining, she consistently brings a lively, exciting presence to stages up and down the country and abroad.

At Kelly’s live music events the dance floor will become a buzz of activity, a haven to celebrate the sounds and good times that Kelly brings to every show she does. With a stellar reputation behind her and a loyal fanbase, Kelly has gone from strength to strength, to take her act to the elite of events entertainment.

Kelly is a solo artist who brings to the stage a dynamic setlist, featuring high-tempo dance numbers and passionate love songs. The likes of Mambo No.5 by Lou Bega, Blame it on the Boogie by The Jackson 5 and Uptown Funk by Bruno Mars show her ability to bring the party to you, while contemporary and old songs like Signed, Sealed, Delivered by Stevie Wonder, Shape of You by Ed Sheeran and Give Me the Night by George Benson.

With an extensive musical repertoire that will suit all ages and audiences - there is no doubt about Kelly’s acumen to get it right for your occasion. Such a wide ensemble of hits is at home at all events, and if you wish to make requests, Kelly will endeavour to provide.

She can tailor a show to fit your every need, making her the ideal act for corporate events, wedding entertainment and other private functions. In her illustrious career as a solo vocalist thus far she has released a single in the UK and worked as an entertainment officer in Ibiza.

Over the years, she has had the opportunity to perform at some of the most prestigious venues worldwide, including at Drury Lane, the Cavern Club in Liverpool and the West-End in London. She has performed at the Manchester City FC stadium the Etihad and at Wigan Athletic’s DW Stadium. She has graced stages for hotel, casino and resort clients such as Grosvenor Casinos and Thomson Holidays in Majorca and Cyprus, and has toured as far afield as Dubai and the United States of America.

Kelly's popularity has soared over recent years, as a result of her charming wit, dramatic personality and crowd interaction. When combined with an outstanding voice, stamina and energy, Kelly is the ultimate all-around entertainment package. This solo-artist is perfect for any event that requires a touch of sparkle and glamour. You will most certainly not be disappointed.

One of the great singers for hire for corporate events, private party or weddings, to book Kelly G, simply contact the Champions Music and Entertainment agency via [email protected] or speak to a member of the management team directly on 0203 793 40 42. 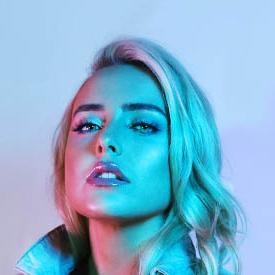 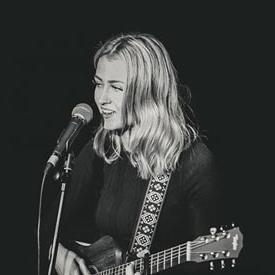