Les Gibson is a professional and resplendent impressionist comedian. His ability to bring such a versatile and strong catalogue of stars to life with his one voice have made him a big success.

Les Gibson is a British impressionist comedian famous for his appearances in the 2011 edition of Britain’s Got Talent where he took a place in the finals. The Man of a Thousand Voices has impressed the nation with his accuracy and the extensive portfolio of characters he can call upon. Les is a multidimensional talent, and his quick wit makes for exciting stand-up comedy routines, and his top drawer impressions create a unique act that can be tailored to any client’s briefs. He is a highly professional corporate entertainer. The Britain’s Got Talent impressionist and semi-finalist shone on national television and amassed a large fan following as thousands loved his uncanny impressions and sharp jokes.

Les is perhaps best known for his mimicry of football personalities, including David Beckham, Alan Shearer and Jose Mourinho, leading him to often act as a pre-match entertainer at Premier League football games. His vast collection of voices include some of the stars of famous British soaps such as Coronation Street and EastEnders. Beyond this he performs as Ross Kemp, Lord Sugar, Gordon Ramsey, Ant and Dec and many more, bringing an incredibly authentic series of impressions with genuine aptitude and class. An ideal comedian for events, Les can host a table and mingle with guests before heading to the stage to perform and entertain guests.

Constantly in demand, Les has assembled an impressive resume of corporate clients he has entertained, proving testament to his polished routine. Les’ ability to bring a number of television personalities to life alongside his hilarious observational style of comedy will be a success with almost any demographic of audience. And his ability to interact with an audience naturally comes from his charm and gift for impressions and comedy. Les has appeared on television shows such as This Morning, The Royal Family and The Kelly Show in Ireland. He starred as Captain Hook in a production of Peter Pan and in television commercials. Les can hold an audience in the palm of his hand and lift an event at any moment. He is a skilled and truly professional performer, perfect for all manner of events, as a radio or television talent, for wedding entertainment, corporate events and stage shows.

Contact Champions Music & Entertainment to enquire about hiring Les Gibson today. Get in touch by calling us on 0203 7934 042 or by emailing [email protected] now. 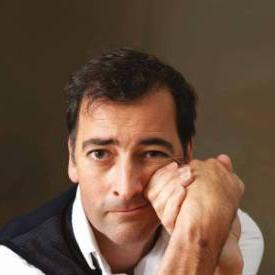