Matt Edmondson is a celebrated British radio presenter of BBC Radio One fame. His status as an industry leader and funnyman has evolved over his eight-year association with the station and his extensive and critically acclaimed media work.

Matt Edmondson has enjoyed an illustrious career as a television personality and radio presenter, as well as playing vital roles at prestigious UK entertainment events for many years. As a famous DJ, he is one of the most sought-after on the circuit.

He began his Radio 1 presenter stint in 2010, by furnishing Fearne Cotton’s Friday night show with a celebrity roundup. Soon after, he covered Sara Cox’s maternity leave for her Sunday show.

Now Matt is on your radio at 1 pm on Saturdays and Sundays, bringing a light-hearted and fun afternoon show to Radio 1, featuring a prominent game, Play Your Charts Right and his trademark ‘sexy lunches.’ Matt is a multifaceted talent, a master of all trades.

His characteristic wit and modest, entertaining charm make him a favourite with the British public. Being a well known and appreciated presenter and star make him the perfect entertainer for your television production, radio show or event entertainment.

Aside from his significant radio work, Matt has a catalogue of experience in voiceover work, event hosting, television presenting and in creating and producing shows for television and digital media.

Matt was a professional magician and wrote a best-selling book, The Greatest Magician In The World. From there he took to CBBC to display his talents as an entertainer and scaled the heights of the British entertainment industry.

His impressive television experience has taken him to the sets of Richard & Judy, The Apprentice: You’re Fired, T4 and had him presenting Totally Bonkers Guinness Book of Records, TV OD and The Xtra Factor.

He has co-hosted coverage award ceremonies such as the 2010 BT Digital Music Awards along with Caroline Flack, festivals such as Isle of Wight Festival and the iTunes Festival along with Fearne Cotton and Dave Berry, as well as renowned televised charity spectacles such as Children In Need. Matt is available for a multitude of events and can bring excitement and fun to any event.

In a sixteen year career, working with the biggest names in television and radio and with nationally prestigious events as an entertainer and media personality, Matt is in the elite of UK presenters, broadcasters and entertainers.

To book Matt Edmondson as your television talent, radio talent and as your corporate entertainment extraordinaire, simply contact the Champions Music & Entertainment agency via [email protected] or speak to a member of the management team directly on 0203 793 40 42. 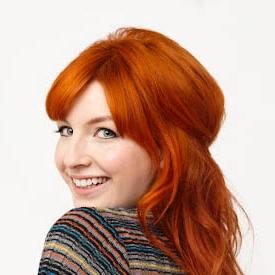