Oasish are Europe’s finest Oasis tribute band and will bring the magic of one of the UK’s greatest bands to your corporate event, private function, or concert.

Oasis paved the way for Brit Pop in the 90s and have had a lasting effect on the musical landscape. Almost everyone will remember singing along to one of the songs such of the Definitely Maybe album and experiencing a watershed moment. Oasis sadly broke up in 2009, but Oasish, formed in 2004, still perform their idols’ work and have become the most sought-after Oasis tribute band in the UK. Not only are Paul, Phil, Sam, Matt and Jack professional musicians, but they have also had the honour of performing with the likes of Pete Townsend, Robbie Williams, Chesney Hawkes, Bryan Adams and Nik Kershaw. The attention to detail in sound, appearance, and staging is what sets Oasish apart from the rest.

Their backline matches Oasis to a tee, using the same amps and well as the same instruments. The ‘Noel’ of the group, Phil, even plays from a host of replica guitars. Fans can expect to see Noel’s Gibson Sunburst Les Paul, Cherry Red Gibson ES355, or the famous Union Jack Epiphone Supernova seen at the Maine Roadshow in Manchester in the mid-’90s. In appearance, the band match Oasis’ original aesthetic, with the same Pretty Green Parka sported by Liam Gallagher is just a taste of their commitment to impersonating the original. Oasish are a band in high demand and are the only band ever to have played at the world-famous Glastonbudget Tribute Band Festival every year since its inception.

The band have also won several awards, dominating the UK’s Best Oasis tribute band for the past two years. Versatile in performance, the live band is available as a 5 piece or as an epic 9 piece with strings. A set of over two hours ensures your guests will be dancing and singing along to anthems such as ‘Wonderwall’, ‘Live Forever’, “Don’t Look Back in Anger”, and ‘Cigarettes & Alcohol’. Beyond this, Oasish love crowd engagement and will banter, show off a bit of swagger, and dominate the stage with the quintessential Oasis attitude. Oasish are a tribute band unlike any other. Their act is a masterstroke, their subject matter legendary, and their musical execution is pitch-perfect. Book this live band now to ensure your corporate function, private event, celebration, or music festival is a guaranteed hit.

Contact Champions Music & Entertainment to enquire about hiring Oasish today. Get in touch by calling us on 0203 7934 042 or by emailing [email protected] now. 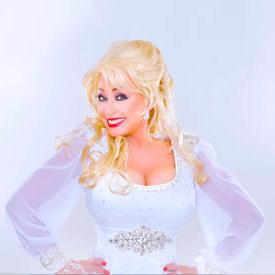