Paul Zerdin is not your regular famous comedian, he is an amazing ventriloquist of significant global acclaim.

Paul Zerdin's talent has inspired audiences on stage and television for many years and he continues to go from strength to strength. Paul’s move into ventriloquism came when the legendary Ray Alan gave him a book on the subject and the keen teen spent years practising how to talk without moving his lips. He then went on to a television debut on Tricky Business and became the presenter of the popular Rise and Shine GMTV programme for children, at just 20 years old.

Zerdin’s first major breakthrough came when he won The Big Big Talent show on LWT, presented by Jonathan Ross in 1996 and he hasn’t looked back since. His success on London’s biggest talent show in the nineties led to headline performances at the Edinburgh Fringe Festival and Montreal’s Just For Laughs Festival. Paul played Little Cousin Paul in Sooty & Co and appeared with his puppets on the Prince’s Trust Gala Show, Tonight at the London Palladium and the Generation Game. His talent for ventriloquism was tested when he took to America’s Got Talent.

The eyes of the nation were upon him and his mouth when he took to the famous stage. His opening audition shook the country. This propelled him to overnight fame and he found his way to the final of the competition through a series of stunning performances, where he bantered with his cheeky puppet Sam to gain the coveted gong, which included a residency headline show in Las Vegas.

His win and status as leading America’s Got Talent ventriloquist brought him further success and fame, and he cemented it with appearances on The One Show and Jason Manford’s Comedy Rocks. He played Cinderella's sidekick Buttons in the London Palladium production of the pantomime Cinderella and took a prestigious slot at The Royal Variety Performance. Widely acknowledged as the UK’s top ventriloquist comedian, Paul Zerdin forms a quick connection with audiences who fall in love with such characters as Baby, the pre-teen Sam and Albert the grumpy pensioner.

Paul brings these characters to life and has audiences invested in their personalities, excited to see what Paul does next. Crowds find his unexpected and groundbreaking act truly hilarious.

"It was incredible - and the response inside and outside the Jewish community has been fantastic. We were trending at no.1 on Twitter at one point. Paul was absolutely amazing and had the audience in stitches! Please thank him so much for everything." - J Cohen, Jewish News

Contact Champions Music & Entertainment to enquire about hiring Paul Zerdin today. Get in touch by calling us on 0203 7934 042 or by emailing [email protected] now. 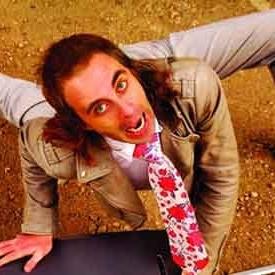