Superstar rapper Professor Green is a big name in entertainment. His famous act is popular with audiences of all shapes and sizes.

Stephen Manderson is the man behind Professor Green. He arrived on the scene as a rapper and singer-songwriter in 2005 and acquired a reputation as one of the most exciting names in hip hop, grime and electronica. Before long, he was a major name and a fixture of popular culture. The rapturous rapper was nominated for a host of awards around the beginning of the decade. He won a host of awards at award ceremonies in 2010. He won Breakthrough Artist of the Year at the BT Digital Music Awards 2010, the Best Hip Hop/Grime Act at the MOBO Awards 2010 and Best Dancefloor Filler with his song "Jungle" at the NME Awards in 2011, in addition to a vast number of nominations.

He has since branched out into acting and presenting, becoming a prominent television personality. His thought-provoking BBC documentary series, which include "Professor Green: Living in Poverty", "Professor Green: Working Class White Men” and "Professor Green: Dangerous Dogs" gained acclaim for his uncovering of issues that plague society today. Professor Green has had four UK Top 10s and UK Number 1s, as well as two UK Top 10 Albums.  His debut album "Alive Till I'm Dead" won many admirers and lead to major commercial success, with his hit song, "Read All About It" featuring Emeli Sandé shooting to the top of the charts. An infectious performer, Professor Green is considered rap royalty and his stage shows are both exhilarating and entertaining. His vocal talent and rapping ability have seen him play gigs across the world, at corporate events, concert halls, festivals and clubs from London to Ibiza.

Influenced by the likes of The Streets' Mike Skinner, Professor Green has a distinct style that he has merged with pounding electronica sounds and bold beats. Having crafted a contemporary sound that helped genres to come together to make the music of the modern-day, he is a pioneer of rap and electronica. He has performed at some of the biggest stages in the country and abroad, including renowned music festivals such as Isle of Wight, Glastonbury, V Festival, T in the Park, Woodstock, Hackney Weekend, Fiberfib, Benicassim, Global Gathering, Beach Break Live and BBC Radio 1's Big Weekend - each time putting on an impressive show that left audiences in awe.

"Edge Hill University was delighted with Stephen’s contribution to our Festival of Ideas. His In Conversation event, focussing on his work raising the profile of issues affecting working class white males, was insightful, moving and engaging, generating meaningful discussion before, during and after the event. His talk has helped us achieve challenging targets for publicity reach and public engagement. Stephen was assured and captivating, building rapport with a diverse audience ranging from schoolchildren to academics. From first arrival through an intense schedule culminating in Q&A and book-signing, Stephen was a consummate professional and a delight to work with." - Roy, Edge Hill University

Contact Champions Music & Entertainment to enquire about hiring Professor Green today. Get in touch by calling us on 0203 793 4042 or by emailing [email protected] now. 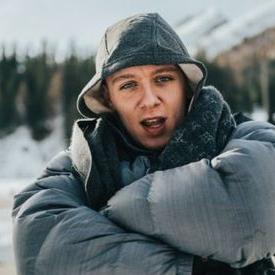 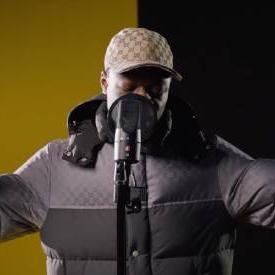