Clairvoyant Psychic Sam has found nationwide fame as the UK's only ‘rumpologist’ – which means she can take readings from people’s rear ends!

Psychic Sam is not only one of the best clairvoyants and palm readers around, but is also the country’s only rumpologist. What does that mean? It means that Sam can read a person’s future just from their bottom.

In the year 2000, Sam was asked if tarot cards were the only thing she read. She responded that a fortune could be told using anything and proceeded to use the gluteus maximus as her example. This kickstarted a new focus and a change of direction for Sam. Curiosity helped her gain more and more exposure, positioning her as one of the leading comic psychics and regular live psychics in the country.

Her fresh expertise combined with her psychic abilities made Sam a popular name and fixture of television and events. Owing to her peculiar skill and talent, Psychic Sam has made waves on the scene - with more and more people wanting to know what their bottom says about their future.

For corporate events, television appearances or party entertainment, Psychic Sam is a genuine entertainer. She has stunned guests up and down the country with her insightful observations and predictions for the future. She can entertain and make fortune readings using traditional means like feathers, crystals and palms as well as her most sought-after trick.

She has made numerous appearances across the media including on BBC Radio One, in magazines like Closer and That’s Life and in newspapers like the Yorkshire Evening Post and the Daily Star. She has featured on Big Brother’s Little Brother, Alan Carr Chatty Man, Loose Women, This Morning with Holly and Philip, Men & Motors and many more.

Sam has read the derrieres of leading comedians, hosts and panellists from Katie Price to Philip Schofield and made a name for herself reviving the lost art of rumpology. Alongside Jackie Stallone, the mother of ‘Rocky Balboa’ or Sylvester Stallone – she is the only other known rumpologist in the world.

Making for amazing fun at your event with a dash of light-hearted humour underpinning a largely serious practice – this is a modern slant on fortune telling.

Charming, intuitive and fun, Sam services events with her unique and inimitable style. Truly mesmerising to some, interactive and fun for others - there is something for everyone in Psychic Sam’s rumpology show.

Whether or not you are interested in a bottom reading from Psychic Sam, you can book famous UK psychic and clairvoyant Sam as the entertainer for your next event by contacting Champions Music & Entertainment via email at [email protected]. Alternatively, call a member of the management team directly on 0207 078 78 76. 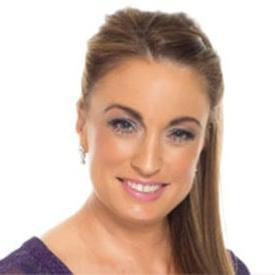 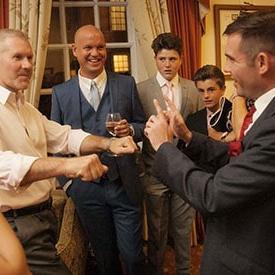 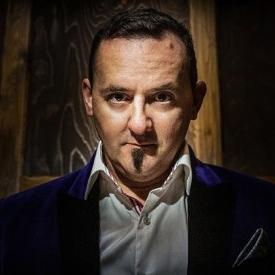