Richard and Adam are Welsh classical singers rising to prominence through the universally popular talent show Britain’s Got Talent. Available through the Champions Music and Entertainment agency, the brothers are a tour-de-force with a wealth of experience and a number one album to their name.

Richard and Adam are Welsh classical singers rising to prominence through the universally popular talent show Britain’s Got Talent. Available through the Champions Music & Entertainment agency, the brothers are a tour-de-force with a wealth of experience and a number one album to their name. Richard and Adam Johnson were born in the small Welsh town of Holywell. They listened to iTunes and the radio as children but took musical influence from their grandmother. Affectionately known as ‘nan’ she played Caruso, Mario Lanza, The Three Tenors and others to the boys encouraging them to sing along. Their nan inspired the boys to take up singing starting with the Birkenhead Operatic.

They impressed their tutors and entered a local talent competition. They won and began touring pubs, hotels, and the like improving their performance, stage presence, and professionalism. After causing a stir with their performance they were offered a position aboard P&O Cruises, performing with live bands and full orchestras. Eventually, the brothers were confident enough to enter ITV’s national talent show Britain’s Got Talent. They reached the final impressing with Andy Williams’ song ‘The Impossible Dream’. Their incredible voices earned them a respectable third place helping ensure a bright future on the music scene. Following their success, the classical duo signed to Sony Music releasing their debut album The Impossible Dream shortly after.

Featuring the cover song which made them famous on Britain’s Got Talent their album hit the top of the UK Album Chart and stayed there for four consecutive weeks. Other album highlights included covers of ‘Somewhere’, ‘Bring Him Home’, and ‘Amazing Grace’. This album was certified Gold by the BPI and achieved over 100,000 sales. For the festive season, they released an operatic album entitled The Christmas Album. This featured classics such as ‘Silent Night’, ‘Away in a Manger’, and “Once in Royal David’s City”. Their third album, At the Movies, took inspiration from film soundtracks and reached number 5 on the UK Album charts. Produced by Sony Music it is timeless and pays tributes to some of the world’s most memorable films. These classically trained brothers are unparalleled with voices to challenge the legendary Pavarotti. Perfect for erudite functions and corporate events they are not to be missed. Book them now to add a star quality to your evening.

Contact Champions Music & Entertainment to enquire about hiring Richard & Adam Johnson today. Get in touch by calling us on 0203 793 4042 or by emailing [email protected] now. 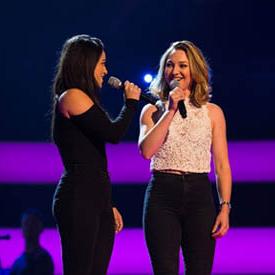 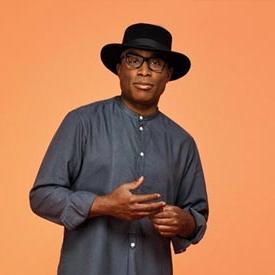