Right Said Fred are one of the UK’s most enduring pop exports. Since forming in 1989, brothers Fred and Richard Fairbrass, have a list of achievements as songwriters and a band that include number 1 hits in 70 countries including, two US number 1’s, three UK number 1’s, and a number 1 in Japan – they were also the first band to reach the number one slot in the US with a debut single since The Beatles. They have also played in front of the Queen, Nelson Mandela and at the Bollywood Awards and subsequently released a track for Comic Relief.

As multi-platinum award-winning artists and songwriters, their global sales total 30 million and over 100 million plays on Spotify. They have writing credits on Taylor Swift’s 'Look What You Made Me Do' and Sofi Tukker’s ‘Batshit', their music has been featured in over 50 films and TV Shows (Angry Birds 2, The Odd Couple, The Simpsons, West Wing, Family Guy etc) and in excess of 100 commercials. The boys have performed with Bob Dylan, Mick Jagger and David Bowie plus plaudits from Madonna, Jay Z, and Prince to name but a few.

The band aren’t short of awards either; they recently won two consecutive BMI Awards in 2018 and 2019, making that three BMI’s in total. They have also won two Ivor Novello’s for I’m Too Sexy and Deeply Dippy and in 1993 were nominated for Best British Group at the prestigious Brit Awards. Fred and Richard are two of the few songwriters to have two songs included in the PRS Century of Song Book. They continue to play to thousands of people around the world; in 2019 alone, they travelled all over Europe and flew over to Canada to play to North American fans, playing twenty shows in summer alone.

And it all started in a basement studio in Acton, London. Back in 1990, Fred and Richard, together with guitarist Rob Manzoli, wrote 'I'm Too Sexy'. Fred and Richard borrowed the money to demo the song and to keep the costs down they recorded at night in a studio in Ealing that had gone into receivership. The final session was at Red Bus Studios in London in early 1991. 'I'm Too Sexy' along with the song 'Swan', which also made it onto their debut album 'Up' was rejected by every record label the guys took it to. However, they followed their instincts nevertheless - they knew they were onto something special.

Right Said Fred are living proof that two music-loving brothers with an ear for a hit and plenty of passion and self-belief can defy all expectations and conquer the world - long live Right Said Fred.

Contact Champions Music & Entertainment to enquire about hiring Right Said Fred today. Get in touch by calling us on 0203 7934 042 or by emailing [email protected] now. 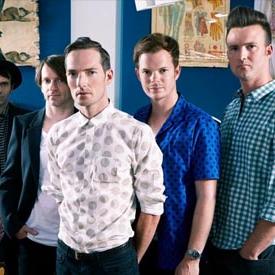 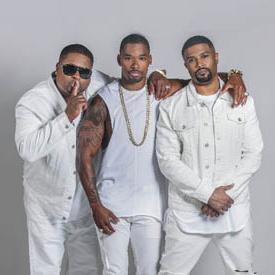