When Westlife split in 2012, they could look back at a career in which they “fulfilled all of our dreams 1000 times over.”

Their highs were almost unbelievable in their scale: 44 million sales; fourteen chart-topping singles; four gargantuan homecoming shows in Dublin’s Croke Park in which the audience stretched as far as the eye could see. And then Filan was out on his own. For a man who had grown-up as the youngest of seven siblings and then enjoyed fourteen years of brotherhood in one of pop’s biggest ever bands, it was a period of adjustment. “I didn’t know what to expect,” he admits. “I was just trying to find my way. I definitely wanted to continue singing, and the main thing was to actually prove to myself that I could do it on my own.” Following his first two successful solo album’s Shane and manager Louis Walsh set about a long-term ambition to record an album of his all-time favourite love songs producing his third album, Love Always.

“It’s an album I’ve thought about doing for a while and one Louis has wanted to make for a very long time, Louis loves his back-catalogue songs and he kept saying ‘it’s what people love you for, people love you singing great songs so why not do it?’ We did one in Westlife and it was a really good idea and we obviously did covers in Westlife that always went down really well so you’ve got to realise what your audience is and my audience love these kind of songs and I love singing great songs so it made sense, why not do it, it’s definitely something I’ve always wanted to do in my career.” Alongside some all-time favourites, including a track from his favourite artist Bryan Adams with his take on the classic song Heaven, Filan was also keen to get his fans involved and asked them for their own suggestions.

“The response was amazing and they came up with some track ideas that I never would have thought of covering, such as the classic Bangles hit Eternal Flame. It’s so famous from the girls doing it and this time it’s a guy singing it and it’s a very up close to the mic and a very cool version of it – another famous song that you have to make your own.” Another song that Filan felt he had to put on the album is new track Beautiful In White, which was spurred by his Asian fan base as without him knowing, nor the track ever been released it had become S.E Asia’s most requested wedding song and the lyric video had gained over 70 million views. In keeping with Filan’s love of writing, there are some original tracks included on the album but he admitted this was a tricky task, “It’s difficult because your songs are sitting alongside such huge hits as I Can’t Make You Love Me and Make You Feel My Love.

But for me it was more for the fans because they were asking for new songs and I thought why not. Written alongside some of the guys I worked with on my first album I’m really pleased with the results and I think the fans will love them. You want a bit of everything, you’ve got to try and give the fans everything they want but you need to be happy and proud of the album you produce so there are three original songs on there and one that was written by Jamie Scott, who is a fantastic songwriter. The song is called Unbreakable and it is the first single from Love Always album” Working as he has done now for almost 20 years, manager Louis Walsh still holds a strong influence on Shane’s decision making such as the choice to record Unbreakable, “Louis played me Unbreakable almost three years ago and he said this is such a hit song, sometimes Louis can ramble on about a song and eventually you realise he’s right and he’s going on about this song for a reason, he went on about You Raise Me Up for a long time before we agreed to do it in Westlife and look what happened there!”

It’s been a remarkable journey for a singer-songwriter who grew up inspired by an admiration of the Backstreet Boys and Michael Jackson. After growing up under the spotlight and achieving unparalleled success with his friends (and Westlife are all in touch, even if their schedules mean that collective meetings are rare), there have been a few lows en route –which he has successfully overcome – but also many highs and with the next chapter in his life unfolding who knows what this latest instalment will take Shane Filan next. 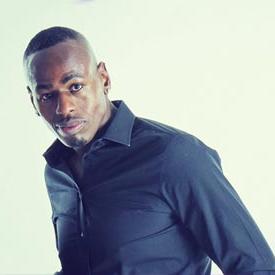 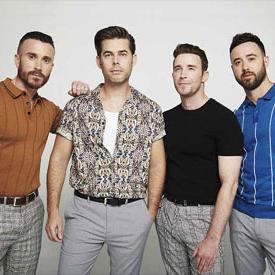