One of the finest soul bands for hire, The Real Thing are straight from the golden age of the genre, and as if time has never moved- continue to do the same to this day.

The Real Thing is one of the great surviving soul bands of the disco era. The group topped the UK Charts in the 1970s and continue to grow in acclaim to this day. A true and engaging spectacle made for parties and events looking for an experienced band with a natural dynamism. The soul group made a name for themselves as one of the leading lights in event entertainment with their smooth, rhythmic style, which turned heads globally. In the UK, The Real Thing were our answer to the Motown and soul giants of America and were another outrageously talented band to have come out of Liverpool.

They were in fact championed by Scouse poster boy, John Lennon who was said to be a huge fan of the soul collective and for some time the band operated under the management of The Beatles, Brian Epstein. With the 1976 song, 'You to Me Are Everything', the band have a timeless classic to their name. A song that will forever be ingrained in British musical history. The song was just one of five UK Top 10 hits, which also included 'Can You Feel the Force?' and "Can't Get By Without You". Unbelievably the band can still blow the roof off a venue with their extreme intensity and party vibes.

Their funky beat can fill a room and their engaging concerts are packed full of charisma and energy. For corporate events, large private parties, award ceremonies, product launches and other event entertainment, this band take the breath away with impeccable musicianship. Their instrumental and vocal talent exposes them as a leading light on the entertainment circuit. Recently, in 2020, The Real Thing had their hit movie Everything aired on BBC 4. Today, the band is back out touring with Chris Armoo and Dave Smith fronting a five-piece band, gathering a massive following on streaming platform Spotify and over 50,000 views on YouTube.

Their all-encompassing shows will have audiences singing and dancing throughout their performances while the band themselves continue to jump about on stage in what has become their trademark style. If you want to impress friends, guests or delegates with party entertainment to remember, The Real Thing are exactly as their name suggests and will bring with them infectious energy. Chris Amoo and bandmate Dave Smith continues to tour as a duo to make up this dynamic party band, and are still widely appreciated by loyal audiences, music fans and new listeners alike.

Contact Champions Music & Entertainment to enquire about hiring The Real Thing today. Get in touch by calling us on 0203 793 4042 or by emailing [email protected] now. 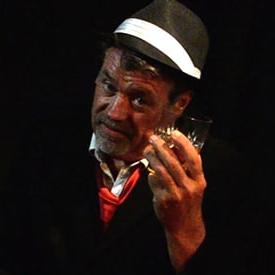 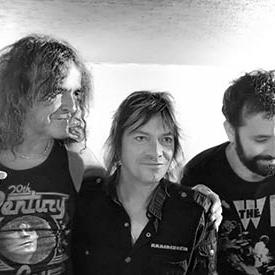 Hot Love A Wonderful Tribute To An Innovator Of Glam Rock 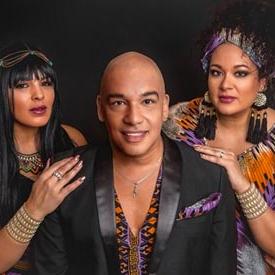