A dynamic all-round talent whose performances have been popular with audiences throughout the years. Her charisma alongside her incredible vocals, have seen her widely lauded in recent times and a fixture of stage entertainment.

Tracey Jordan is a contemporary vocalist with a genuine and sought-after talent. Tracey has won the respect of her peers and garnered an excellent reputation throughout the entertainment industry. An award-winning solo vocalist with a beautiful, infallible vocal talent and dramatic on-stage delivery - Tracey simply delights crowds. Her honest and engaging personality makes her a pleasure to meet and greet, as well as being born for the stage. Tracey takes guests on a journey through the highlights of some of the greatest music in history, covering the delectable talent of artists past and present.

A chief factor behind Tracey’s significant success is her ability to entertain a huge variety of audiences with an inspiring range of styles. She can bring country classics, go pop diva, or bring her astounding vocals to the classical and jazz genres. Over the years Tracey has honed her skill and aptitude to be able to deliver an exciting repertoire of hits to all manner of events from intimate gatherings to larger concert spreads. With a series of notable performances, including a Christmas performance alongside Jim Davidson and a duet alongside West End star Darren Day, the Brummie singer has assembled a dedicated following over the years.

A contract with Choice Hotels as a featured vocalist for an impressive 8 years showcases Tracey’s longevity and loyalty. Tracey has also accumulated weighty experience travelling the world with cruise ship companies such as P&O, Fred Olsen and Princess Cruises. Following this, she toured with the acclaimed Joe Longthorne MBE as a backing vocalist. Her Streisand and Me show has also proved particularly marketable, as well as her D3va show alongside Carol Kaye and Diane Lee Carol.

Having featured alongside some of the biggest names singers in the north of England, Tracey has established a startling reputation. Whatever show that Tracey brings to your events is guaranteed to field a professional vocal masterclass and unforgettable musical presentation. A passionate performer and masterful harmonist, capable of smashing the high notes and thumping out the deep vocals with a seamless, balanced intonation. Perfectly suited to corporate events, private parties and special occasions; Tracey can bring a star-quality to your stage show or big day. She is particularly popular as the solo vocalist for wedding entertainment.

Contact Champions Music & Entertainment to enquire about hiring Tracey Jordan today. Get in touch by calling us on 0203 7934 042 or by emailing [email protected] now. 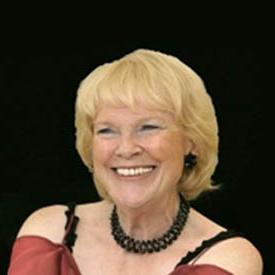