UB40 are without a doubt one of the greatest English reggae bands ever to have graced the international stages. Having dominated the British reggae music scene for more than three decades, the group continue to enjoy massive popularity to this day.

The group perform a sound that is distinctly their own, audiences across the globe have been eager to witness the iconic group in action. Having originally formed in Birmingham in 1978, the group soon set out to record their debut studio album, Signing Off. The album proved to be a hit with the listening audience, receiving a platinum certification not long after. Having achieved their first significant commercial success, the group recorded several further albums in the years that followed. The group’s second album, Present Arms, proved to be equally popular, featuring classic UB40 songs such as One in Ten and Don’t Let It Pass You By/Don’t Slow Down. This success continued following the release of the group’s third album, UB44.

UB40 achieved their first big break on the international music scene upon the release of their fourth album, Labour of Love, which introduced them to new audiences in the United States. One of the album’s stand-out tracks, Red Red Wine, would eventually become the group’s best-known song, reaching the number one spot in several international charts. Since then, the group have proven themselves to be a prolific act, releasing a string of further albums with various lineups.

Over the course of their career, UB40 have produced an astonishing array of classic songs. Songs like Food for Thought, Sing Our Own Song, Don’t Break My Heart, Please Don’t Make Me Cry, If It Happens Again, Here I Am, Kingston Town and Come Back Darling continues to capture listeners’ imagination, further cementing the group’s status as a legendary music act. In recognition of their ground-breaking work, the group received several Grammy nominations for Best Reggae Album, as well as being nominated for a BRIT Award. Having sold an incredible 70 million records over the course of their career, UB40 are one of the most successful reggae acts in music history. Continuing to deliver energetic performances across the globe, the group’s live music show is second to none. Taking audiences on an incredible journey through their reggae music repertoire, they are the perfect booking for corporate events, music venues and festivals alike.

Contact Champions Music & Entertainment to enquire about hiring UB40 today. Get in touch by calling us on 0203 7934 042 or by emailing [email protected] now. 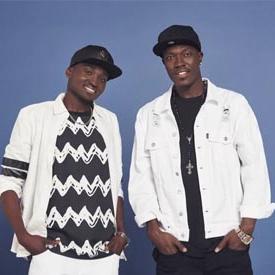