Reggie ‘n’ Bollie are a UK based dancehall and Afropop duo made famous by their appearance on the universally loved talent show The X Factor.

Available through Champions Music & Entertainment, the duo bring life to any party with their unique brand of afro-inspired music. Reginald Zippy and Bollie Babeface were famous hiplife artists in their native Ghana before moving to the UK in 2010. Bollie gained recognition with his single ‘Kiss your Bride’, while Reggie was honoured at the Ghana Music Awards for his hit songs ‘Virgin’, ‘4 Sale’, ‘Adoma’, and ‘Victims’, winning the award for Best Music for National Development. Their knowledge of this unique style would provide the basis for their ability to blend African rhythms with popular genres to create a one-of-a-kind sound. Teaming up, Reginald and Bollie auditioned for the The X Factor in 2015 under the name Menn on Poinnt.

Covering energetic tracks such as ‘Twist and Shout’, ‘All About the Bass’, “It Wasn’t Me”, and ‘Who Let the Dogs Out?’ the duo made it through the auditions, boot camp, judges’ house, live shows, and semi-finals. They were mentored by Cheryl Fernandez-Versini and never appeared in the bottom three of the competition. They eventually came runner-up to Louisa Johnson but went on to sign with Simon Cowell’s Syco Music shortly after the end of the competition. Their first single ‘New Girl’ reached number 26 on the UK Singles Chart signalling the bright talent they had.

The following year Reggie ‘n’ Bollie set up their own independent record label called F.R.O.D Music. Free of constrictions the duo released their debut album Uncommon Favours in 2017. Featuring the singles ‘This is the Life’ and ‘Bumaye’ they impressed their fan base by sticking to their roots of afro-inspiration. They have developed an urban sound influenced by reggae and dancehall with soca undertones. Their most recent single, ‘All the Way Up’ sees them collaborate with Nigerian music legend 2Face Idibia. This group keep going from strength to strength being appointed as ‘Ghana Tourism Ambassadors for the UK and Europe as well as winning the award for Best UK Music Artist Award at the IARA Awards. A truly electric and unique act, Reggie ‘n’ Bollie are amazing entertainers. Perfect for all manner of events their eclectic sound will entertain audiences of all ages and get feet tapping in no time. Book now to create a truly unforgettable evening.

Contact Champions Music & Entertainment to enquire about hiring Reggie 'n' Bollie today. Get in touch by calling us on 0203 7934 042 or by emailing [email protected] now. 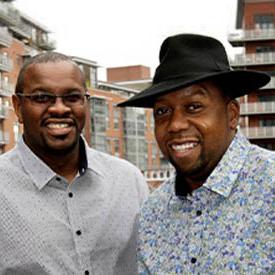 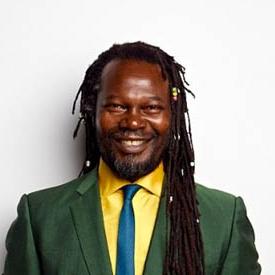 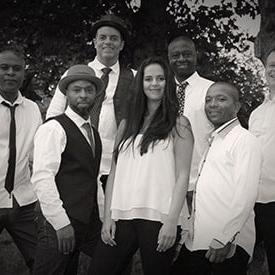