Trevor Nelson is a critically acclaimed Disc Jockey, producer, television and radio presenter and well-known media personality. Trevor Nelson has made his name as one of the pioneering names on the urban scene and has since become a leading BBC Radio 1 DJ.

Trevor began at pirate station Kiss in 1985. The station gained a massive cult following in London before gaining a license to broadcast. Kiss became what it is today and Trevor thus became director of the station.

Trevor has honed a reputation as one of the most compelling speakers and DJs on the radio scene and has subsequently received critical acclaim, a host of music awards and his role outside of music as an ambassador.

His ambassadorial role for Millenium Volunteers was highly praised and brought him a prestigious MBE for his services to the community.

Trevor Nelson has earned a status as a radio legend, through his broadcasting of Kiss FM, presenting of MTV’s The Lick and his regular and various slots on BBC Radio. Trevor has interviewed the biggest names in entertainment, played some of the hottest tunes and appeared up and down the country and abroad as a DJ - exciting legions of fans with his intoxicating style.

Trevor cut his teeth behind the decks with Soul II Soul and promoted numerous club nights including the now-legendary Lick parties.

Trevor moved to BBC Radio 1 in 1996 to present The Rhythm Nation which essentially became the first mainstream R&B show. A year later Trevor Nelson took to a Saturday evening slot on BBC Radio 1 which earned him the Best DJ gong at the 1997 MOBO Awards.

Trevor continued to engage the nation, not only through his talents as a DJ but with his light-hearted humour, exciting insights and ability to speak to A-listers. His acumen as a DJ brought him a further four MOBOs in 2002. He interviewed the likes of Mariah Carey and Alicia Keys in Trevor Nelson’s Low Down in 2003 for BBC Three and has regularly interviewed top urban stars on the scene.

Trevor is one of the most knowledgeable men in music, having spent 30 years leading the influencers of urban music genres such as R&B and soul. Among the biggest names in entertainment Trevor has mixed the decks at some of the most high profile corporate events, outside of the radio studio.

He has toured Europe and further afield, hitting the biggest clubs and concert halls around. He has played at some of the biggest festivals including Southport Weekender and Liverpool International Music Festival. He has been a compere at Glastonbury and introduced Adele’s headline Pyramid Stage set.

In 2010 Trevor was awarded the special Gold Lifetime Achievement Award for his services to broadcasting at the Sony Radio Academy Awards.

Trevor continues to DJ around the UK and Europe and is now in his tenth summer residency in Global Room nightclub in Pacha, Ibiza. He has released seven compilation albums including his INCredible Sound of Trevor Nelson, The Soul Nation and Lick compilations.

To book legendary celebrity DJ Trevor Nelson to make a personal appearance at your next corporate event, simply contact the Champions Music & Entertainment agency via agents@championsukplc.com. Alternatively, call a member of the management team directly on 0207 078 78 76. 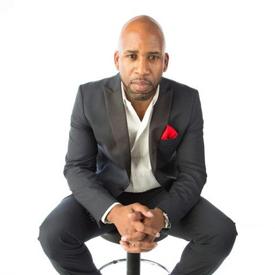 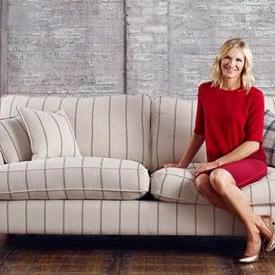