Bill Bailey is a famous comedian, singer, musician, presenter, author, and actor available to book through the Champions Music and Entertainment agency. Known for his original stand-up shows and countless television appearances Bill is a talented comic and the perfect headliner for your event.

Bill Bailey has had an illustrious career going back to the 80s. He started like most comics by doing small gigs around the country. Touring alongside the likes of Mark Lamarr and Toby Longworth he honed his craft and developed a unique comedy style hitherto unseen. Characterised by comedic musical parodies and surreal, postmodern joke deconstruction Bill’s act was at the cutting edge of comedy and made him stand out. One instance of his early success saw Bill respond to a critic’s critique of his supposed lack of jokes by coming back the next night to deliver a set of exclusively punch lines.

Bill made a splash performing at the famous Edinburgh Festival Fringe with Sean Lock in a sketch entitled Rock. Bailey continued to make waves with live acts, radio shows and supporting gigs eventually being recognised for his talents with awards from Time Out and the British Comedy Awards as well as a Perrier Comedy nomination.

After these successes, Bill was picked up by the BBC and given his own television show, Is It, Bill Bailey? After a successful season, Bill appeared in a series of popular shows including as a guest on Room 101, Have I Got News For You, The Stand Up Show, The Comedy Store, and as a comic store owner in Edgar Wright’s Channel 4 comedy Spaced.

1998 saw Bill approached by Dylan Moran to star in Black Books leading to three seasons of rave reviews and hilarity. Bill then went on to become a team captain on Never Mind the Buzzcocks. His incredible musical knowledge along with his comedic prowess made him the perfect addition to this British staple. Bill has since appeared on a range of television series ranging from the quiz show QI to Grand Designs.

Bill’s stand up has kept steady pace alongside his fame and fortune with tours from 1995’s Cosmic Jam all the way to a tour in 2016 entitled Larks in Transit. Bewilderness was Bill’s first international tour and was subsequently broadcast on Channel 4. He followed this up with Part Troll at the 2003 Edinburgh Festival Fringe. A hit with critics and audiences alike, it sold out in 24 hours on the West End. Again, an international tour and DVD followed his success with Bill’s star firmly set in the sky.

Bill is an incredible artist with a long list of shows, accolades, and plaudits to his name. He is the perfect headliner for any event. Don’t miss out, book this rarefied talent now.

To book Bill Bailey for your corporate event, live event, TV broadcast or as the host for your production contact the Champions Music and Entertainment agency via email at [email protected]. Alternatively, call a member of the management team directly on 0203 793 40 42. 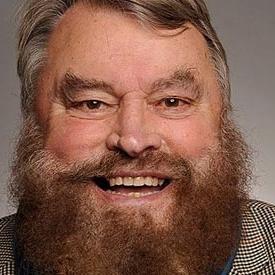