Enjoying success as a comedian and after-dinner speaker, Jamie Sutherland is well-known for his work as a master of ceremonies for the corporate hospitality arm of Everton Football Club.

Known for his originality and versatility as a comedy performer, Jamie Sutherland is one of the country’s best-loved comedians. Presenting a modern act that gets audiences into fits of laughter, Jamie is a unique booking for a vast array of different events.

Prior to embarking on a successful comedy career, Jamie worked as a bank manager and financial advisor. Having worked in the banking world for over a decade, his incredible feel for comedy saw him embark on a stand-up comedy career. In the years that followed, Jamie performed at some of the country’s most iconic comedy clubs, including Comedy Central, Hot Water Comedy Club, Last Laugh and Jongleurs. His comedy show turned out to be a big success, and it wasn’t long before Jamie took his performance to mainland Europe and Australia.

Jamie’s comedy style is befitting to his fresh and polished appearance. He is widely appreciated for his humorous tales and his topical observations. Giving even the most classic gags a modern twist, Jamie’s live comedy performance has enjoyed popularity with audiences of all shapes and sizes. His ability to tailor his act to each and every audience stands testament to his vastly professional approach.

The Liverpool comedian has supported some of the biggest names in comedy today, finding recognition with many of his fellow comics. He has featured as a performer and host for events such as the Bankhall Annual Conference alongside Beverley Knight, a post which previously featured the iconic Lenny Henry and Jack Dee.

Apart from his vast success as a comedian, Jamie has also enjoyed considerable popularity as an after-dinner speaker. He has made appearances as a speaker for a wide array of corporate events, sporting events and charity dinners. His observational wit has had audiences everywhere in the palm of his hand, an ability that has earned him loyal fans wherever he goes.

Jamie Sutherland is without a doubt one of the most famous comedians and after-dinner speakers in the United Kingdom today. His unquestionable ability to get the audience laughing has seen him take up his spot among some of the best-loved British comics. As an ideal booking for a wide range of events, Jamie is set to continue tickling funny-bones for many years to come.

If you would like to book Jamie Sutherland as the comedian for your next event, contact the Champions Music and Entertainment agency via agents@championsukplc.com. Alternatively, speak to a member of the management team directly on 0207 078 78 76. 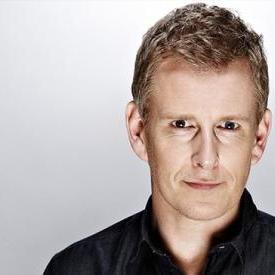 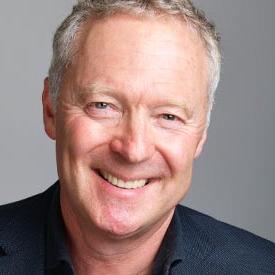