Patrick Monahan has become a Fringe crowd favourite for his delightful high-energy comedy style and ability to make an instantaneous connection with an audience.

Patrick Monahan is an Irish-Iranian stand-up comedian best-known for performing ten times at the Edinburgh Fringe Festival, five of which were solo shows.

His observational brand of comedy and topical anecdotal style leaves the crowd in stitches. Patrick puts a lot of emphasis on audience interaction and his animated story-telling style draws on his own hysterical experiences.

A double comedy contest winner, he claimed the Take the Mike title in 2001 and followed this up ten years later by emerging victorious on ITV’s Show Me the Funny. In that decade, Patrick performed his showcase up and down the country, becoming a comedy festival regular and stand-up comedian in a number of cities including Edinburgh, Glasgow and Manchester. In fact, he has shown his face at most major venues throughout the UK. He has also performed across the globe including Dubai, Luxembourg and Germany.

Over the last few years he has garnered plenty of experience not only on stage but on television, taking part in a myriad of shows including Splash!, Daybreak, The Wright Stuff and Loose Women. His TV panel show experience has further boosted his acumen.

It is no surprise but still an impressive accolade that Patrick was noted as being the UK’s hardest working comedian in 2015, above the likes of Jimmy Carr, Josh Widdicombe, Andy Parsons, Sarah Pascoe and Milton Jones.

Patrick isn’t just a comedian though – he is also a philanthropist and charity fundraiser, who has done plenty of work for charity. A patron of Zoe’s Place Baby Hospice in Middlesbrough, he regularly runs The London Marathon, The Great North Run and Middlesbrough 10k in aid of the hospice. He has also taken part in Let’s Dance for Sport Relief. Amazingly, Patrick is the joint record holder for the longest hug. His embrace with fellow comedian Bob Slayer clocked up an incredible 25 hours and 25 minutes.

Patrick’s quick wit and pungent punchlines punctuate his shrewd outlook of the world around him. He is one of the most fun and established comedy acts in the UK and has headlined a string of prestigious shows, not least as a host of top London comedy clubs. He is an ideal comedy compère, after dinner speaker and stand-up comedian for television and stage shows.

To book affable comedian Patrick Monahan as the comedy speaker for your private party, festival or as the hilarious event host for your corporate entertainment, simply contact the Champions Music & Entertainment agency via agents@championsukplc.com or speak to a member of the management team directly 0207 078 78 76. 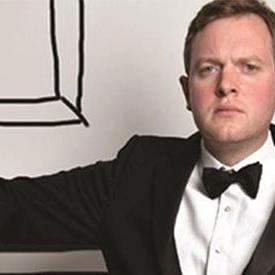 Miles Jupp The 'Posh' Comedian - Star of Stage and Screen