His clean-cut humour has seen him prove popular as business entertainment, and his ability to change it up and shift into edgier jokes has also found him lauded across land and sea.

Dave Chance is an event host of significant experience and a stellar reputation. To tie any event together, from the casual to the erudite, with a natural charm and talent, he is the ideal choice.

A natural entertainer, Dave is a top-class vocalist and comic who can really bring a touch of class to your occasions. With an incredibly quick-wit and vocal talent of real gusto, he rouses crowds with his on-stage flair.

Able to appear as a solo vocalist or as the front man to a jazz big band - Dave is a notable performer with an expertise capable of blowing audiences away. Jazz and Swing music are great passions of Dave’s and have formed a large part of his show. The expert singer brings the classics from the likes of Frank Sinatra, Nat King Cole, Tony Bennett, Matt Monro and Dean Martin alongside his joke-telling and anecdotal comedy.

With a wealth of experience in the entertainment industry behind him, he has performed on some of the world’s most prestigious cruise liners including P&O, Fred Olsen, Saga and Travelscope.

He has been a regular fixture of the Aston Villa Football Club matchday entertainment for many years, featuring as stage entertainment in their hospitality suites.

He has had further success touring UK theatres, impressing at the Apollo Theatre and Alexandra in Birmingham to name just two of the popular venues he has packed out.

A regular and canny presenter for sporting and corporate events, Dave brings a suavity fitting to more erudite events and is able to adapt the tone. His quick wit allows him to cater his material to a room to best fit the audience.

Dave provides a much-loved act for special occasions and has proved popular as the entertainment hire for parties. He can settle into the background or make a splash depending on the wants and needs of your event. He has grown in stature as a theatre and club entertainer and is now regularly booked up as event entertainment.

Dave offers a versatile voice and talent that crosses the divides of music and comedy to bring a unique act. Leave nothing to chance with Dave - he is a professional of the highest order and can work the room with a charisma straight out of the top-drawer.

Back to 'Event Hosts & MCs for Hire '

Book Dave Chance as the entertainer for hire at your events now via Champions Music & Entertainment. Contact us via agents@championsukplc.com or speak to a member of the management team directly on 0207 078 78 76. 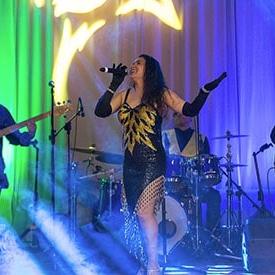 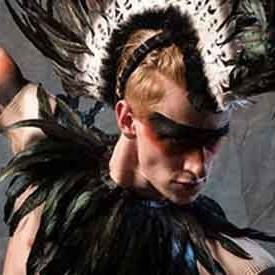 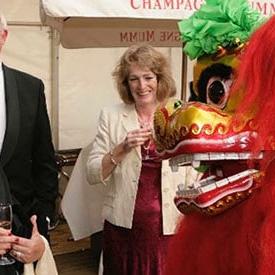