Unbelievable stage magician Dain Cordean has captivated audiences for many years with his stage show that fuses traditional tricks with his own original creations. He has found success performing on television and at events of all shapes and sizes.

After learning the trade as a young man, even playing tricks for the postman, Dain turned professional at 18 and made his name playing the circuit as a hypnotist and magician for hire. He became an ever-presence at theatres, hotels and holiday parks up and down the country, all calling for his exciting, awe-inspiring act to make an appearance at their venue.

Soon after, he was playing to international audiences with his ‘Talk of London Drury Lane’ show and winning awards for his efforts. This led to him entertaining audiences on major television channels.

He has performed at ‘Sunday Night Live’ at the London Palladium and racked up television credits including presenting roles on Channel 4 show ‘Top Ten’ and ITV’s ‘The Big Day’ as well as featuring as a special guest artist on “Stuart’s Hall of Fame”.

Dain is sure to mesmerise your guests with his daring tricks and comic timing. Bursting with variety and with a stage presence to turn heads, he has made himself the big name magician and hypnotist of choice for all manner of events.

Dain has built up a reputation as the magician of choice for product launches and corporate events as well as special occasions such as parties and weddings. He has worked on leading cruise liners such as P&O, Celebrity Cruises and Thompson.

Offering eccentric humour and a quick wit alongside traditional and cutting-edge tricks, he has impressed guests from all over the world. With his boundless energy, Dain brings a stage to life. He commands audiences with his inventive magic and comedy to leave them gasping.

His charisma makes him a hugely engaging magician and illusionist - one that keeps the attention of an audience from beginning to end with natural altruism. Young or old, Dain offers something for everyone, as well as offering something different from what you are likely to have seen before.

To book the mesmerising Dain Cordean as the corporate magician or wedding magician for your event with Champions Music & Entertainment, contact us via agents@championsukplc.com. Alternatively, speak to a member of the management team directly on 0207 078 78 76. 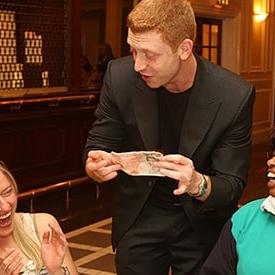 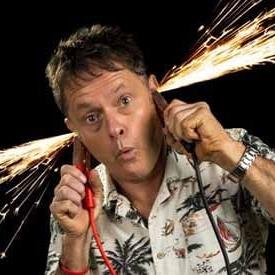 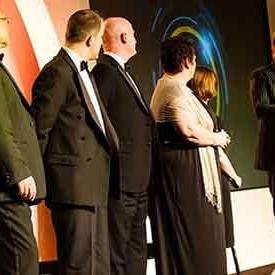