Mariachi bands bring the light, fun and joy to any party - and there are few Mariachi bands quite like The Mexican Way. With decades worth of experience paying homage to Mexican culture, the band can turn even a cold, dreary British party into a sunny fiesta! There is only one way to throw a party - The Mexican Way.

The Mexican Way is a talented Mariachi band, ideal for a wide range of events, from birthday parties to wedding receptions. This act has found fame on both the stage and the screen, having performed on such television shows as The Graham Norton Show on the BBC. Upbeat and joyous, The Mexican Way can transport your guests to a Mexican fiesta under the warm sun, surrounded by colour and light. Every event deserves an act like this one, with such passion and love for performing.

This band was co-founded by Farman Hernandez, a former Doritos Mariachi band member. With over three decades worth of experience, Farman has spent his life honouring the Latin American genre of music. The group have played for numerous business audiences, from Mini Cooper to Doritos, brightening up the corporate boardroom. Led by Farman, The Mexican Way are highly regarded as one of the UK's top Mariachi bands.

Their passion is infectious, their love of Mexican music fills the room from the moment they start to play, The Mexican Way are a truly vibrant band. Farnam has had a love of music from a young age. At the age of 12, he learnt how to play the guitar, which led him to study music and improve his singing ability. His teenage years were taken up with music competitions, mariachi serenades and presentations, a testament to his dedication to music. It wasn't long before Farnam was on the screen, playing with Mexican bands for Prince Charles and the late Princess Diana.

Farnam went on to feature as a part of The Doritos Mariachis, a band which appeared on frequent television campaigns. Farnam was inspired to start his own band, fuelled by his adoration of Mexican music he founded The Mexican Way. Lively, adaptable and bursting with life, The Mexican Way are the definition of entertaining.

Back to 'Mariachi Bands'

If you need any advice or guidance, or if you have a question about The Mexican Way or any of the music or entertainment acts on our website, don’t hesitate to give us a call on 0207 078 78 76 or send us a message via our online form. 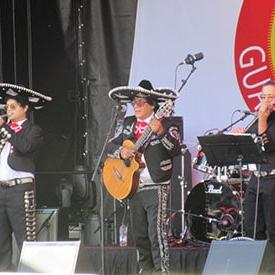 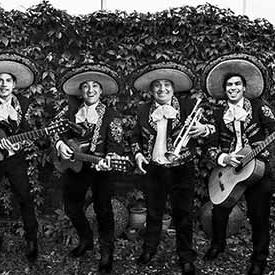 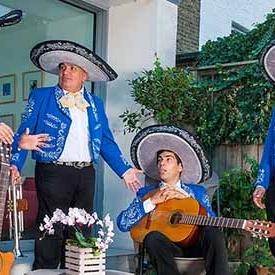