A perfect choice for event entertainment, Impact are some of the most talented dancers for hire in the United Kingdom today. Sure to turn any event into an unrivalled spectacle, the group are sure to blow audiences away for many years to come.

With over a decade’s worth of experience in the entertainment world, professional dance troupe Impact have become one of the country’s most sought-after dance acts. Having stepped into the limelight following their appearances on several notable television shows, the group have become incredibly popular with the British public. Touring venues and theatre stages across the United Kingdom, Impact continue to treat audiences to an awe-inspiring dance show.

Active on the live dance stage for more than ten years, Impact was formed as a result of an extensive selection process. Initially featuring four members, the group’s popularity has seen the act’s size extend to over 20 members. Working with some of the most talented dancers in the country, the group have since risen to the very top of the dance music world.

Widely appreciated for their show-stopping dance routines, Impact have transformed venues across the country into an exhilarating dance extravaganza. Having toured the country for over a decade, the group have performed for audiences of all shapes and sizes. They have entertained audiences at theatres, hotels and corporate events, as well as appearing regularly on some of the most notable cruise liners. Eager to share their talents with grooms and brides to be, Impact have also helped choreograph unique first dances, affording them popularity as an ideal choice for wedding entertainment.

An incredibly versatile act, Impact take inspiration from various styles of dance. One of their favoured styles, the iconic Charleston, has seen them transport audiences back to the 1920s. Bringing glitz and glamour to every event, the group’s Gatsby-themed show is an exciting celebration of the days of old. In addition, the group also specialises in performing a high-energy rendition of the Can Can, immersing their audiences in the look and feel of the Moulin Rouge.

The group’s incredible talents have seen them make appearances on various major television channels. Impact have impressed the viewing audience on the likes of the BBC, ITV and Sky. Television enthusiasts may well recognise the group from their appearances on The Graham Norton Show, Britain’s Got Talent and Don’t Tell the Bride.

If you would like to book Impact as the dance act for your corporate entertainment, wedding or private occasion, contact the Champions Music and Entertainment agency via agents@championsukplc.com. Alternatively, speak to a member of the management team directly on 0207 078 78 76. 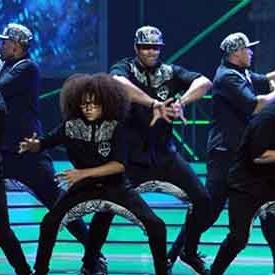 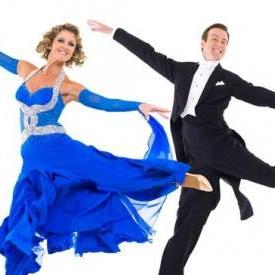 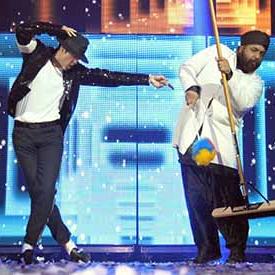