With the girl power movement being at its height during the 1990s, British pop group All Saints were at the heart of it. They are without a doubt one of the most memorable 90's girl bands.

Formed in London in 1993, the group would go on to achieve massive popularity both within the United Kingdom and beyond. To this very day, the group continues to enjoy an enviable reputation in the pop music world, continuing their legacy as one of the most successful girl groups ever to have emerged out of the country.

Combining the unique vocal abilities of each of its members, it wasn’t long before All Saints were recognised as a musical force to be reckoned with. Stepping into the limelight following the release of several noteworthy singles, the group achieved significant commercial success from the outset. All Saints debut single, I Know Where It’s At, took the British charts by storm. Earning itself a number four spot on the UK Singles Chart, the group almost instantly caught the public’s attention.

The group’s follow-up single, Never Ever, saw them achieve significant popularity outside of the United Kingdom, affording them a loyal following in countries like the United States and Australia. Eager to build upon their newfound success, All Saints soon set out to record their eponymous debut album. Several of the album’s best-loved tracks, including Under the Bridge / Lady Marmalade and Bootie Call, earned the act their first number one hits.

Well on their way towards becoming a leading act among the country’s favourite girl bands, All Saints achieved further commercial success with their track Black Coffee, which was followed by their second successful album Saints & Sinners. Following the group’s break up, their unquestionable popularity saw them reunite several times. Releasing their first comeback album in 2016, Red Flag saw the group re-establish themselves as the girl group to beat.

Perhaps unsurprisingly, legions of fans around the world have been eagerly awaiting the release of the group’s fifth studio album, Testament. Enjoying incredible popularity to this day, All Saints' live performances are a delight to witness. Living up to their reputation as one of the nation’s best-loved pop groups, they are an exciting choice for event entertainment and are a wonderful live act.

If you would like to book All Saints to perform for your corporate events, festival, music venue or private occasion, contact the Champions Music and Entertainment agency via agents@championsukplc.com. Alternatively, speak to a member of the management team directly on 0207 078 78 76. 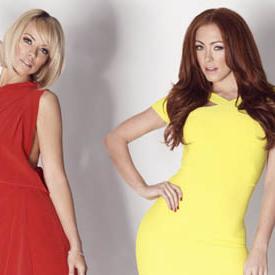