Ramz, formerly known as Ramone Rochester, is a British rapper available to perform at parties and corporate events. With a medley of grime, R&B, trap and hip hop, Ramz is a popular performer in the afroswing genre. Since he first started performing as Ramz in 2017, this rapper has gone on to take the music industry by storm.

Ramone Rochester adopted his rapper persona Ramz in 2017. Since then, he has gone on to peak at number two in the UK Singles Chart with his hit single, Barking, in January 2018. Passionate, talented and available for a wide range of events, Ramz has the on-stage charisma to keep your guests captivated all event long. From birthday parties to wedding receptions, he can turn an ordinary event into an R&B infused night to remember.

Born in South London in 1997, Ramz attended St Mark's Academy and Harris Academy Merton. During his academic years, he started to pursue his love of music, writing and recording tracks from a young age. Though he started his degree in Sports Development at the University of Portsmouth, Ramz soon realised that he showed greater promise as a musician, so dropped out to chase his dreams.

He released his first sone in February 2017, titled I'm On My Grind. Ramz found himself reaching number two in the UK Singles Chart within just a year. Throughout 2017, Ramz continued to release music, building a strong fan base in doing so. Ramz released his music video for Barking in late 2017. The track broke into the UK Singles Chart three months later at number 41, before quickly rising to number two at the start of 2018.

As a testament to his explosive music career, Ramz has earned a Platinum and Silver BPI certificate for two of his songs; Barking and Family Tree. He continues to release music, meaning that an event featuring Ramz is privileged to his new, original tracks. Bright, energetic and talented, this young performer has an infectious passion for music. Book Ramz today for your party or festival, to ensure that guests enjoy an event to remember.

If you need any advice or guidance, or if you have a question about Ramz or any of the music or entertainment acts on our website, don’t hesitate to give a member of the management team a call on 0207 078 78 76 or send us a message via agents@championsukplc.com. 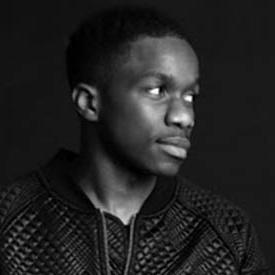